Vajrayogini is a female Buddhist deity, a tantric  istadevata. She is capable of transforming the ordinary into the spiritual. She is a meditation deity in Vajrayana Buddhism. She is often called sarvabuddha dakini, the dakini who is the essence of all Buddhas. Her consort is Chakrasmavara. The term dakini is related to drumming in Sanskrit and means sky-goer in Tibetan language. In the Kathmandu valley of Nepal there are several important Newar temples of Vajrayogini. She has other forms like Vajravarahi and Chinnamasta.

Vajrayogini is mostly depicted as a red young, strong female with a third eye of wisdom on her forehead.  She wears a garland of fifty human skulls. She holds a driguk, a vajra-handled knife in her right hand and a kapala or skull filled with blood in her left hand, which she drinks from. On her head she wears a crown made of five human skulls.  She stands in the centre of the blazing fire of exalted wisdom.  Her right leg tramples the chest of the red Kalaratri and her left legs treads on the the black Bhairava. 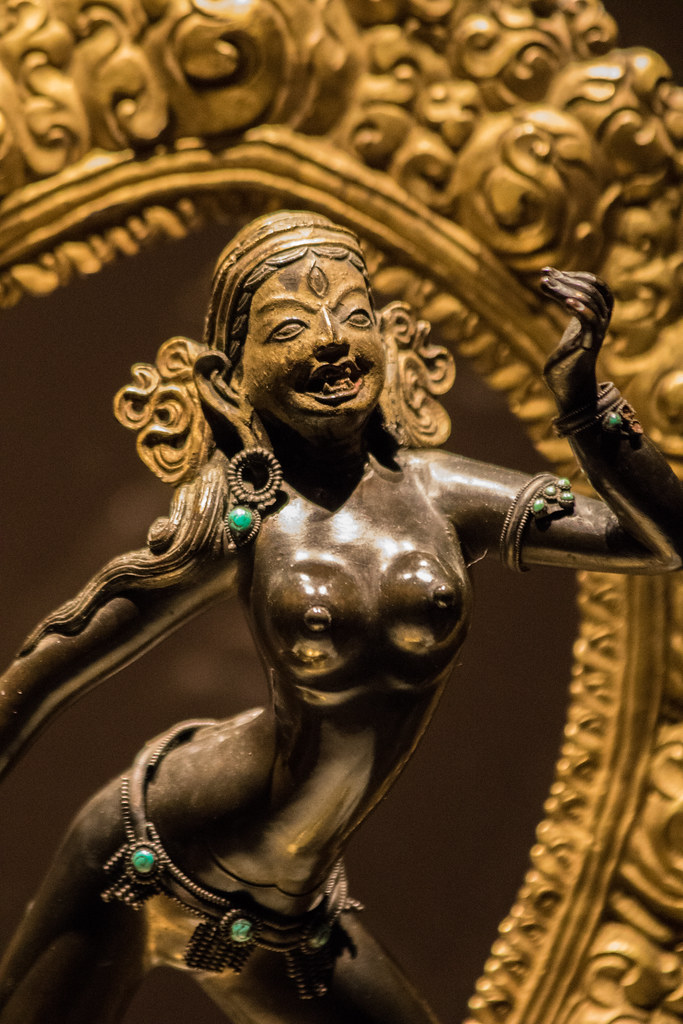 Vajrayogini  with her red body symbolises her inner fire.  She has only one face which means she has realised that all phenomena are of one nature in emptiness.  She has three eyes which depict that she has the ability to see past, present and future. The knife she holds in her right hand can cut through delusions and obstacles of living beings. In Vajrayana Buddhism she appears in a mandala to her followers which they visualise according to a sadhana describing the practice of the particular tantra. Many collections have sadhanas connected with Vajrayogini but the guhyasamayasadhanamala contains only Vajrayogini sadhanas for practice. 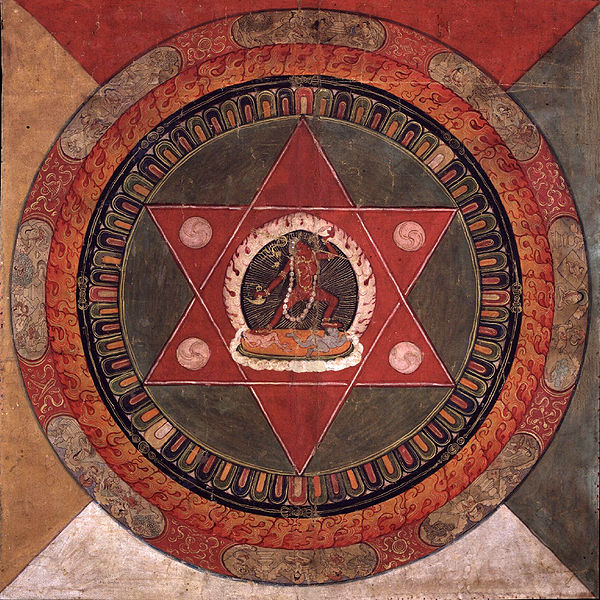 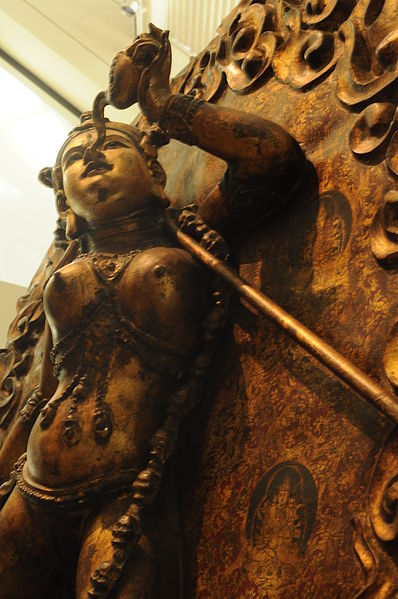 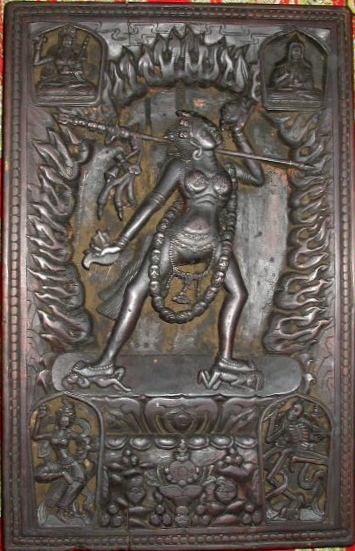