She is usually depicted seated in lalitasana (royal posture of ease) on a lotus with one foot tucked in towards her and the other hanging at the lotus base but resting on a small treasure.Her right hands make a gesture of generosity and holds a spray of gems. In her left hands she holds a manuscript,the Prajnaparamita-sutra, a sheaf of grain, and a water-pot. She can have two, four or six arms. She is a goddess of fertility and prosperity, and a consort of the wealth-god Jambhala. She is highly revered among the Buddhist Newars of the Kathmandu valley in Nepal.In this region she is a common household deity and it is believed that her worship brings wealth and stability. In Tibetan art she appears more commonly with two arms.

When Goddess Vasudhara is two armed and single  faced, she has a golden hued body, representing the earth element, Ratnasambhava in her crown, sometimes two eyes or sometimes three eyes which represent perfect awareness, understanding, compassion, wisdom and insight into the past, present and future. 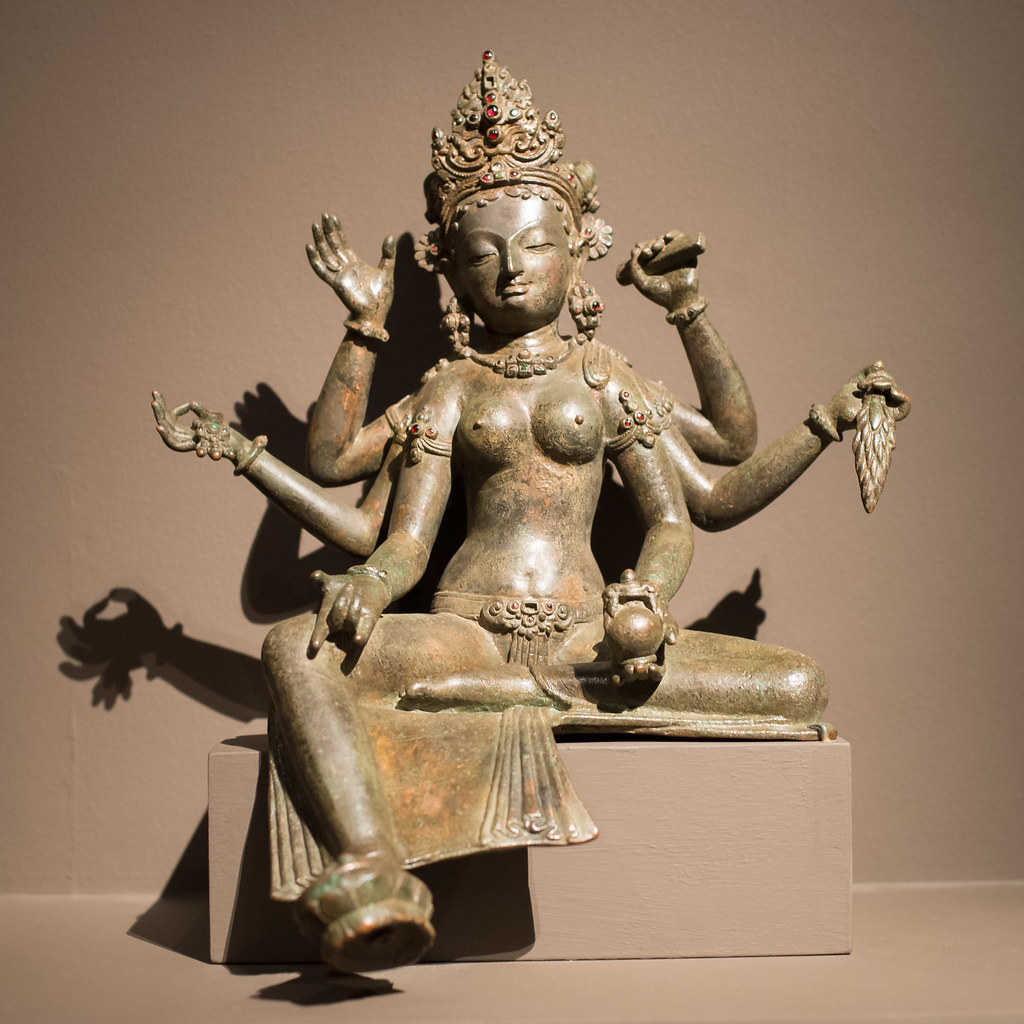 With her three left hands she holds a small treasure-vase, for long life and wealth,  a tuft of grain, for abundant harvest and a sacred text to grant wisdom. In her hands, Vasudhara holds a variety of objects attributed to her. Her first right hand makes the gesture of charity or the varada mudra,an another can be seen holding jewelled lotus buds.