Varuna is an important Vedic God in Hinduism. In the puranas he appears as the God of the oceans. He is believed to have many horses. His vehicle is monster-fish makara. It has the head of a deer, legs of an antelope and the body and tail of a fish. Varuna is the regent of the west. He is worshipped by all fishermen before they venture out into the sea.

Varuna is thus the Hindu God of water and also the god of law of the underwater world. His consort is Varuni.

Depicted below is a painting of blue-skinned Varuna, the dikpala of the West. He is shown riding on his makara vahana and is depicted four-armed with a lasso in each of the two upper hands; the lower ones are held in abhayamudra and varadamudra. In front of him walks an attendant with a club while behind is shown another attendant holding a parasol high above the god’s head. 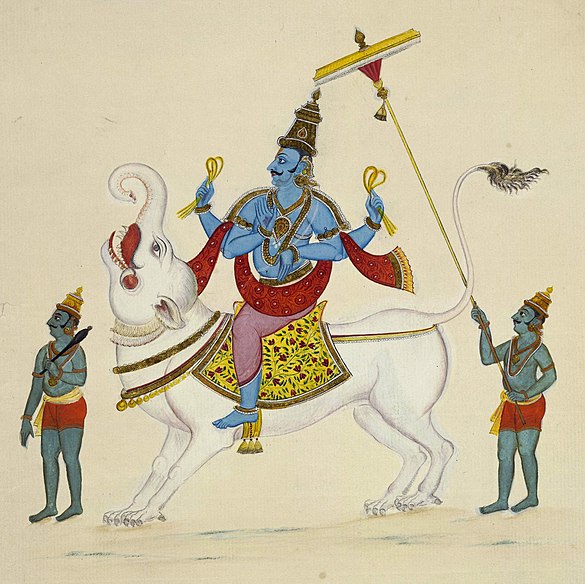 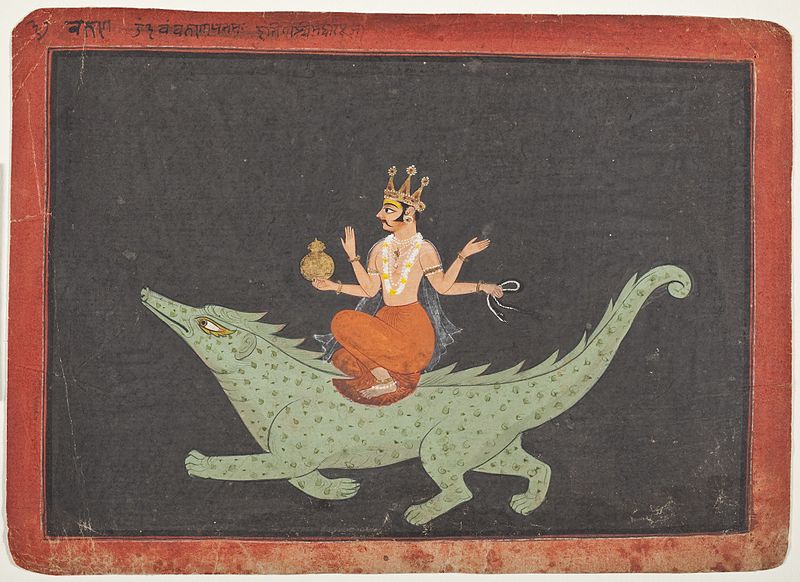 Lord Rama was faced with the dilemma on how to cross the ocean to reach Lanka where his abducted wife was held captive by Ravana. He perfroms a penance to Varuna for three days and three nights. However Varuna does not respond. Lord Rama gets very angry and starts hurling arrows at the ocean killing the creatures in it. and burning up the waters. The Vanaras, ie. the monkeys and his brother Lakshmana are both petrified.  Lord Rama is about to use his Brahamastra when Varuna rises from the oceans. He starts pleading with Lord Rama to direct his arrows to a demonic race that lives at the heart of the ocean. The arrows kill the demons and Varuna promises to keep the oceans still for Lord Rama’s army to pass through.