Tara is a female Bodhisattva in Mahayana Buddhism. Mahayana and Theravada are the two main forms of Buddhism.Tara is the mother of liberation and represents the virtues of achievements and success in work. In Tibetan Buddhism she is regarded as the bodhisattva of compassion and action. She is the female aspect of Avilokiteswara, an important bodhisattva in Buddhism and it is also believed that she originated from his tears.

Tara is the generic name given to a set of bodhisattvas of a similar quality. There are many known forms of Tara. Green Tara or Syamatara is known for enlightened activity, while White Tara is known for compassion, healing and serenity. Red Tara or Kurukulla is the fierce aspect, Black Tara represents power, Yellow Tara for wealth and prosperity, Blue Tara for transmuting anger, Chittamani Tara of the Gelug school of Tibetan Buddhism. Khadiravani Tara who appeared before Nagarjuna, Buddhist philosopher of the 2nd century, in the predominantly acacian forest of the same name in South India. Tara was a well-worshipped deity in India and Tibet during Pala period in the 8th century.She was likened to the Mother Goddess in India. She is popular in Tibet,Mongolia,Nepal and Bhutan.

Below are depicted  two Taras  seated on lotus thrones. White Tara, represented with the multiple eyes of omniscience, sits in the dhyana or  meditation posture, while the Green Tara hangs one leg slightly;both lower one hand in varada-mudra of boon-giving. 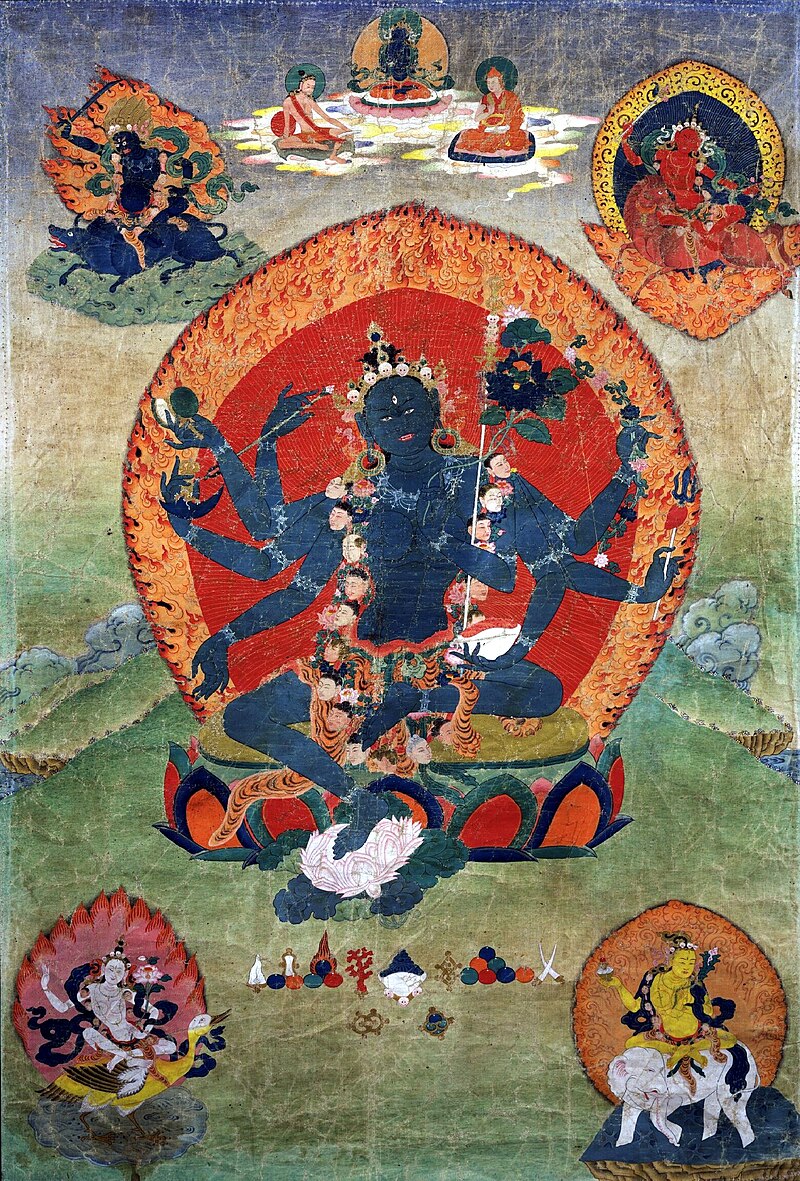