Lord Vishnu is known as Sheshasayi or Anantasayana when he is recumbent on the the king of nagas (serpents), Anantashesha. He is also called anantasayana in this recumbent posture.

Lord Vishnu is part of the Hindu trinity of gods along with Lord Brahma and Lord Shiva. He is a lovable deity, considerate towards his devotees. He is depicted with his wife Goddess Lakshmi at his feet, recumbent on the coils of serpent Shesha. He is dark, blue skinned. A lotus stem shoots up from his navel on which Brahma is seated. His vahana or vehicle  is Garuda, the man-bird. Lord Vishnu has a thousand names,  sahasranama. His abode is Vaikuntha with lotus filled pools. His devotees are called Vaishnavas. He is worshipped in his different avatars; Matsya,Kurma,Varaha,Narasimha,Vamana,Parasurama,Rama,Krishna and Buddha as believed in Hinduism. It is believed that he will be reborn as Kalki, his last avatar according to the Vishnu Purana,.when the world will probably be destroyed and rebuilt.

Lord Vishnu  is seen in different contexts and moods when he is reclining on Anantasesha.He is called yogasayana when he is meditative and the sages Bhrigu and Markandeya are with him. Brahma is seen emerging from his navel. He is Bhogasayana when he has four arms and is bejewelled. His consorts Sridevi and Bhudevi are seen along with sages Bhrigu and Markandeya. He is Virasayana when he is holding a sankha or conch, a chakra or discus in two of his four hands. The demons Madu and Kaitabha are depicted at his feet.In Abhicharikasayana, he is depicted in a weak and emaciated form with no attendants. The Padmanabhaswamy temple at Thiruvananthapuram is an important shrine dedicated to Lord Vishnu in Kerala. Lord Vishnu as Ranganatha is also a recumbent Vishnu but does not depict Brahma rising on a lotus from his navel.

The recumbent Lord Vishnu has been depicted both in sculpture and painting as seen in the magnificent images from different centuries.

By Zippymarmalade (Own work) [CC BY-SA 3.0 (http://creativecommons.org/licenses/by-sa/3.0) or GFDL (http://www.gnu.org/copyleft/fdl.html)%5D, via Wikimedia Commons 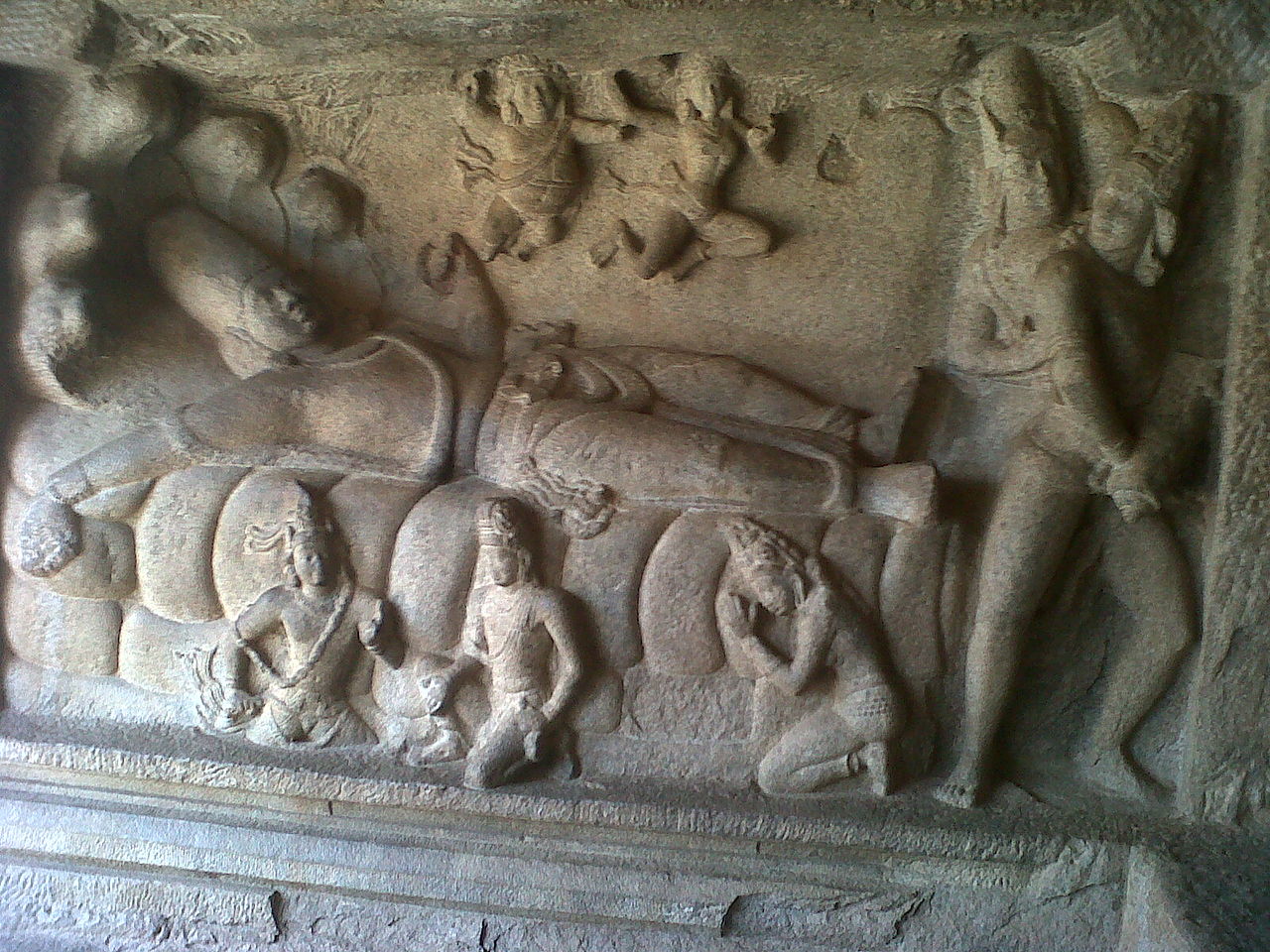 By Jenith (Own work) [CC BY 3.0 (http://creativecommons.org/licenses/by/3.0) or GFDL (http://www.gnu.org/copyleft/fdl.html)%5D, via Wikimedia Commons 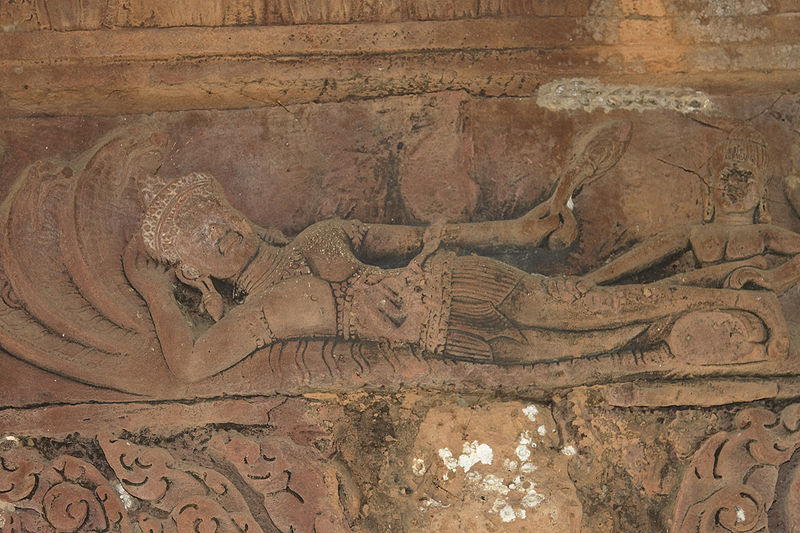 By Ddalbiez (Own work) [GFDL (http://www.gnu.org/copyleft/fdl.html) or CC BY 3.0 (http://creativecommons.org/licenses/by/3.0)%5D, via Wikimedia Commons 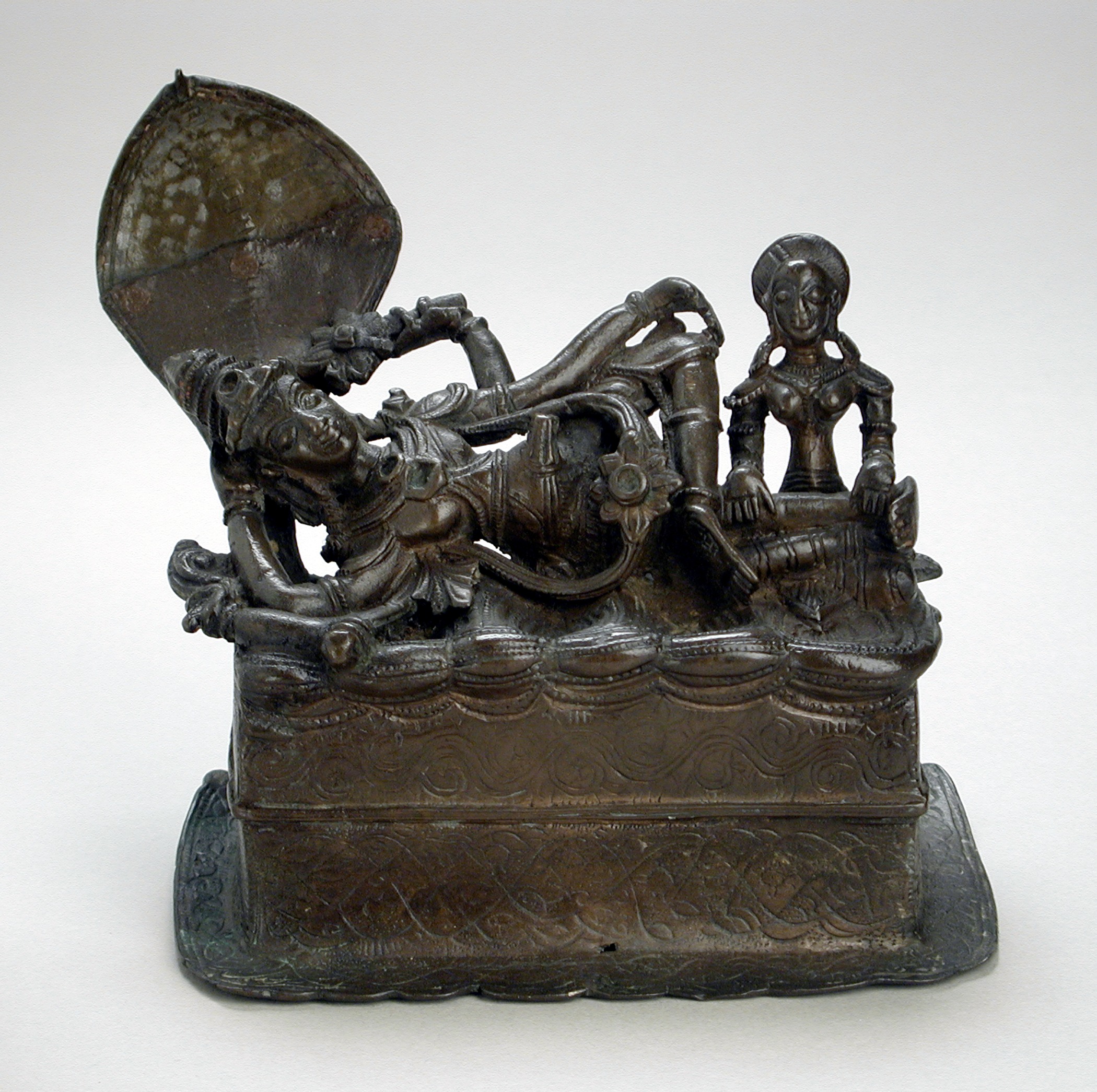 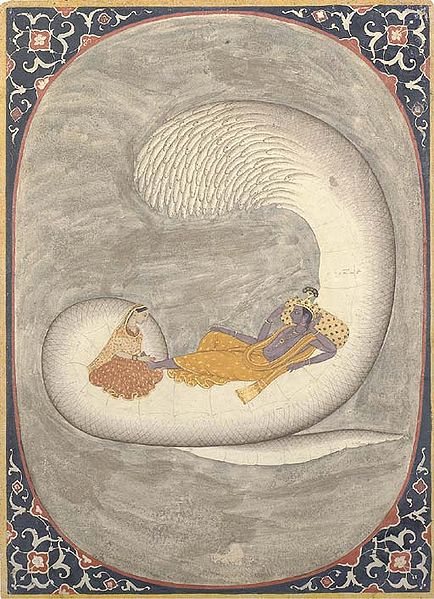 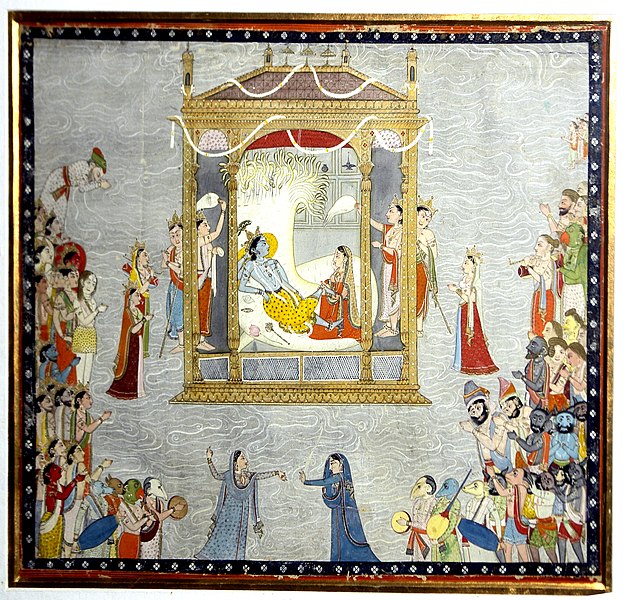 By Yann (Own work) [Public domain], via Wikimedia Commons

See page for author [Public domain], via Wikimedia Commons,attributed to the Durga Master.