Many themes are portrayed in the terracotta plaques, or on the walls and facades of the temples of Bengal. The images of Radha-Krishna dominate many of the temples. The images are in monochrome format but manage to convey the much-loved presence of Lord Krishna with his flute, along with Radha or the other gopis. Such is the skill of the artist- craftsman or karigar. This technique has been perfected in a region where instead of granite or sandstone,  clay and laterite were available and used for building and sculpting on the walls of the temples.  The geological profile of Bengal is that of a fertile alluvial soil and laterite tracts in many districts covering Bankura, Bardhaman, Birbhum, Midnapur and Malda.  Laterite has also been used during construction of Bengal temples. Episodes from the epics, the Puranas and everyday life including erotica has been depicted in some temples. Showcased are some Radha-Krishna images in terracotta which are both exquisite  in detail and awe-inspiring.

The Ras-chakra depicts the Ras-lila.  Raslila is a celebratory dance done in the form of a ras-mandala  or ras-chakra by gopis along with Lord Krishna  Gopis are cowherd maidens who are smitten with Lord Krishna, Radha being the main among them.The Raslilais described in the Bhagavata-purana and Jayadeva’s Gita -Govinda. The word lila means play or act, whereas ras refers to emotion or essenceflavour/mood etc. It is difficult to find an exact synonym in the English language; raslila is a dance of  divine love.  It is believed that one night, on hearing Krishna playing on his flute, all gopis of Vrindavan left their homes and joined him in a dance in the forest or grove where they danced through the night. Lord Krishna manifested himself in multiple form and each gopi believed that he was dancing with her. A unique circle is formed in the raslila called the ras-mandala. The Bhakti tradition followers believe that the earthly romantic love  between human beings is a dilute form and the intense love for Krishna felt by the gopis is like the soul searching for the ultimate , the God divine in the spiritual realm. The gopis are believed to be shadows of Lord Krishna’s own form. A splendorous Ras–lila depiction  is seen at Shyamrai Temple at Bishnupur in Bankura district. Ornate floral medallions are seen around the depiction. 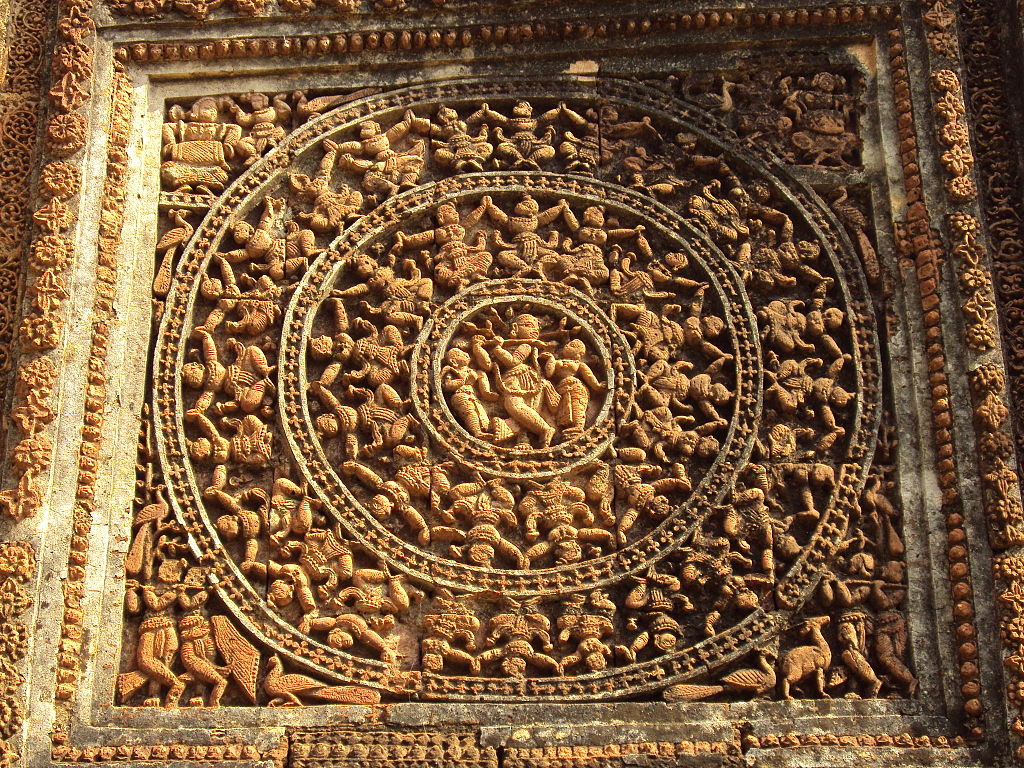 The Ras-lila is a popular theme and has been depicted in the media of paintings too. Below is shown a Ras-lila depiction in painting from the Jaipur school from the 19th century. 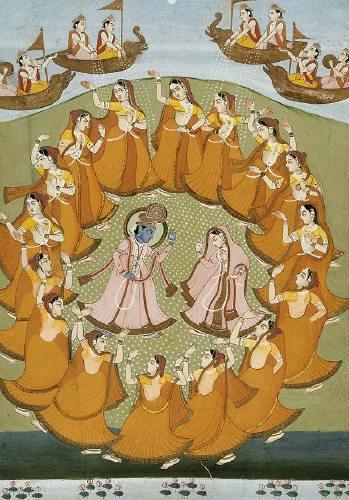 The Brindaban Chandra’s Math at Kalna has Radha-Krishna sulptures in terracotta with ornate floral patterns around the main figure to give an impression of symmetry. After the floral pattern, one can see medallions in different shapes to add to the overall effect.

The Brindaban Chandra Math from Guptipara, Hooghly has a complex of temples made from brick of the 18th and 19th century.

A Radha-Krishna depiction with floral decoration around can be seen below. Radha seems to be lost in the soulful music being played by Lord Krishna on his divine flute. 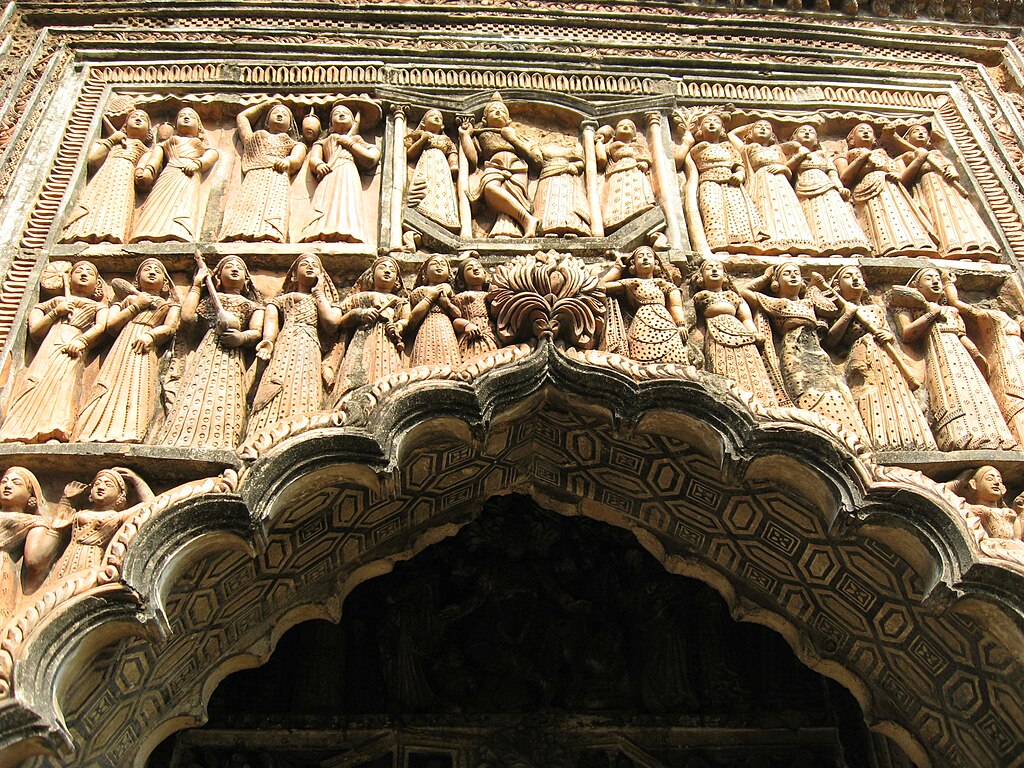