Kalidasa, poet from ancient India has written a beautiful poem. Titled Meghaduta, it means cloud messenger. Though there is some controversy it is generally believed that Kalidasa lived in the Gupta period (Beginning of fourth to end of seventh century) of ancient India. He most probably flourished in the court of emperor Kumaragupta. He was among the nine gems at the Gupta court.

Nature played an important part in his writings. He has visualised nature in terms of human relationships. Meghaduta is a lyrical poem of 111 stanzas divided into purvamegha and uttaramegha, previous cloud and later cloud.

Excerpt from Meghadootam by Kalidasa.

It is a poem about separation and the longing to be with one’s beloved. This bitter-sweet account is vivid with description. A yaksha, an attendee of the God of wealth, Kubera,he has been banished to the thick forests on earth due to negligence of duties.  He has been given this punishment by  Kubera. He had started neglecting his duties because he is completely smitten with his wife.

As his days pass in the forests, one day it starts to rain. He sees a rain-cloud and requests it to take a message to his beloved who stays at Alakapuri on Mount Kailash; a mythical city in the Himalayas. The poem describes all the sights the rain cloud will see on his northward way to the city. The scenes described are as vivid as possible so that the rain-cloud is encouraged to deliver the message. Such is the longing to connect with one’s beloved. This composition is a sandesa kavya or messenger poem.

Meghaduta has been translated to English in 1813, By Horace Hayman Wilson, and also into many other languages. Many artists have made paintings based on the scenes described.

An excerpt of the translation :

…..Reflexion told what promise of delight

sprang from such gathering shades to happier sight

Where the worn traveller is joyed to trace

His home approaching and a wife’s embrace

What hope alas was his ! yet fancy found,

Some solace in the glooms that deepened around.

And bade him hail amidst the labouring stir.

A friendly envoy to his distant fair…. 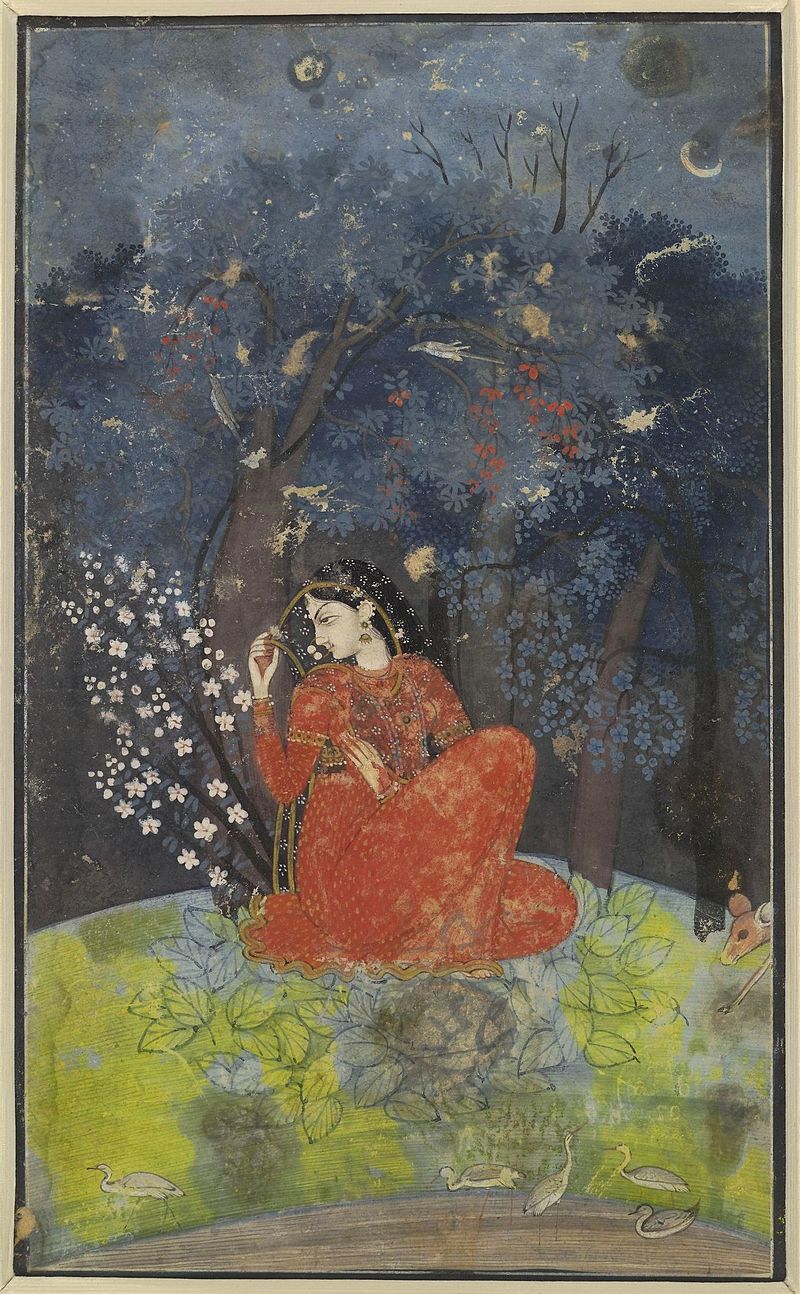