Kartikeya or Murugan is the son of Shiva and Parvati. He is the God of war and also called Skanda and Subramaniam.

Murugan is highly revered in Tamil Nadu and Sri Lanka. He is also worshipped in Tamil speaking areas of Mauritius, Malaysia and Singapore. He has other names like Kumara, Saravanan and Senthil. In Bengal, Odhisha and Maharashtra he is worshipped as Kartikeya. Kartika means son of Krittika , meaning creativity. He has been widely represented in painting and sculpture.

As per the Athravaveda he is a form of agni . The Sthapatha Brahmana calls him the son of Rudra. The Skanda purana is the narrative of Kartikeya. Tamil literature mentions him in many works; Tolkappiyam,  Tirumurukartruppatai, Paripatal, Akananuru and Purananuru .

…. He is the red God who is seated on a blue peacock and is eternally young and resplendent whose light removes darkness from the world…

There are many versions regarding the birth of Kartikeya. The first  account of Kartikeya’s origin occurs in the Mahabharata. In a complicated story, he is said to have been born from Agni and  Svaha, after the latter impersonated the six of the seven wives of the Saptasrishi (Seven Sages). The actual wives then become the Krittika(constellation).

The widely held story is from the Shiva-purana and he is believed to be the elder son of Lord Shiva. An asura or demon named Taraka after performing severe austerities gets a boon from Lord Brahma that only a son of Shiva can kill him. At that time Lord Shiva was was living the life of an ascetic after the destruction of his wife Sati in her father Daksha’s fire. So Taraka was sure that there was no chance of Shiva having a son; which made him arrogant. He started troubling the Gods.He became tyrannical and had to be destroyed. However Shiva continued as an ascetic. Meanwhile Sati was reborn as Parvati or Uma, The daughter of Himavat. She started practising austerities in order to marry Lord Shiva. Finally she won him over and married him. They however did not have children yet. The Gods sent Agni to Shiva and who after assuming the shape of a dove managed to get the germ of Shiva and proceeded with it to Indra. But he dropped it on the Ganges and on its banks a beautiful boy was born who was called Agnibhuva, Skansda or Kartikeya. The six daughters, the Pleiades (Krittika nakshatra)  correspond to the wives of the six rishis, came to bathe in the Ganges and each wanted to call the boy  her son and feed him;the boy assumed six heads and was fed by all of them. There are however  many  variations to the story of Kartikeya’s  birth. After he grows up he could slay the demon Taraka.

Kartikeya holds many weaopons vel, the lance and his mount is the peacock. He is also shown with a sword,mace, discus or a bow. Kartikeya is the general of the celestial armies.He is shown with six heads to represent six siddhis. Kartikeya or Murugan is married to  Valli, a daughter of a tribal chief and Indra’s daughter Devasena. 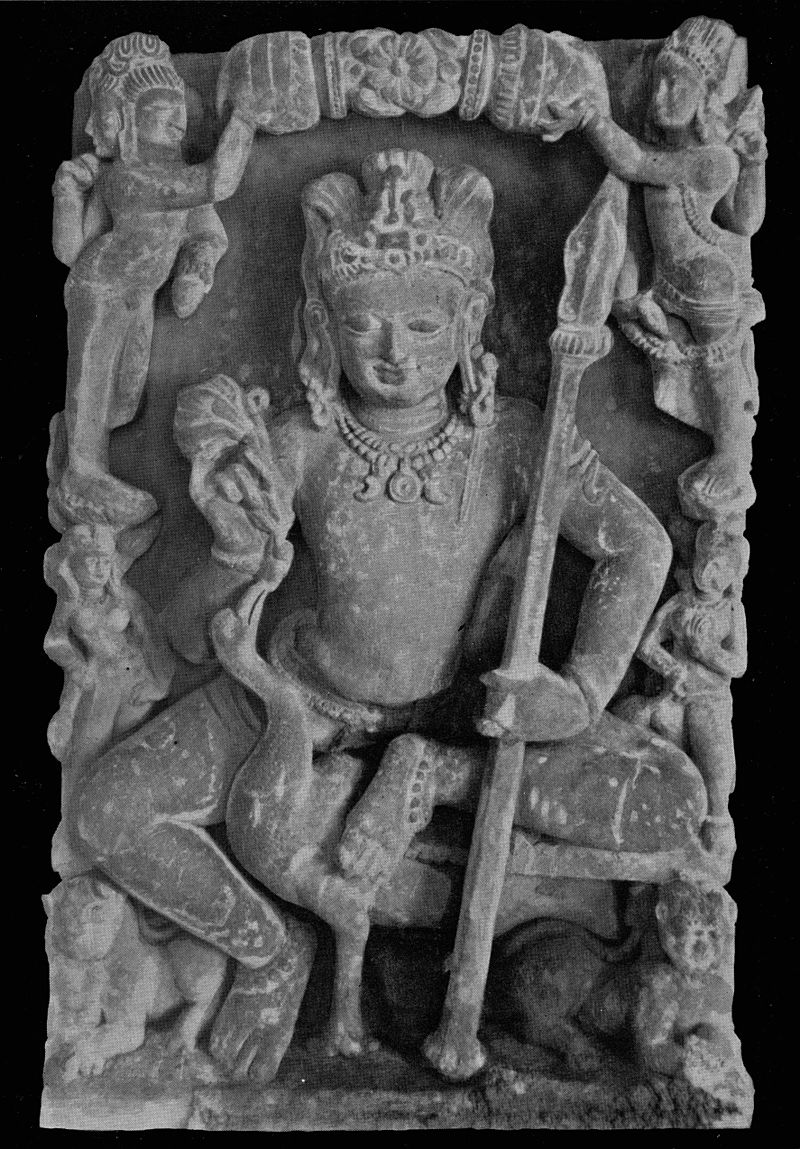 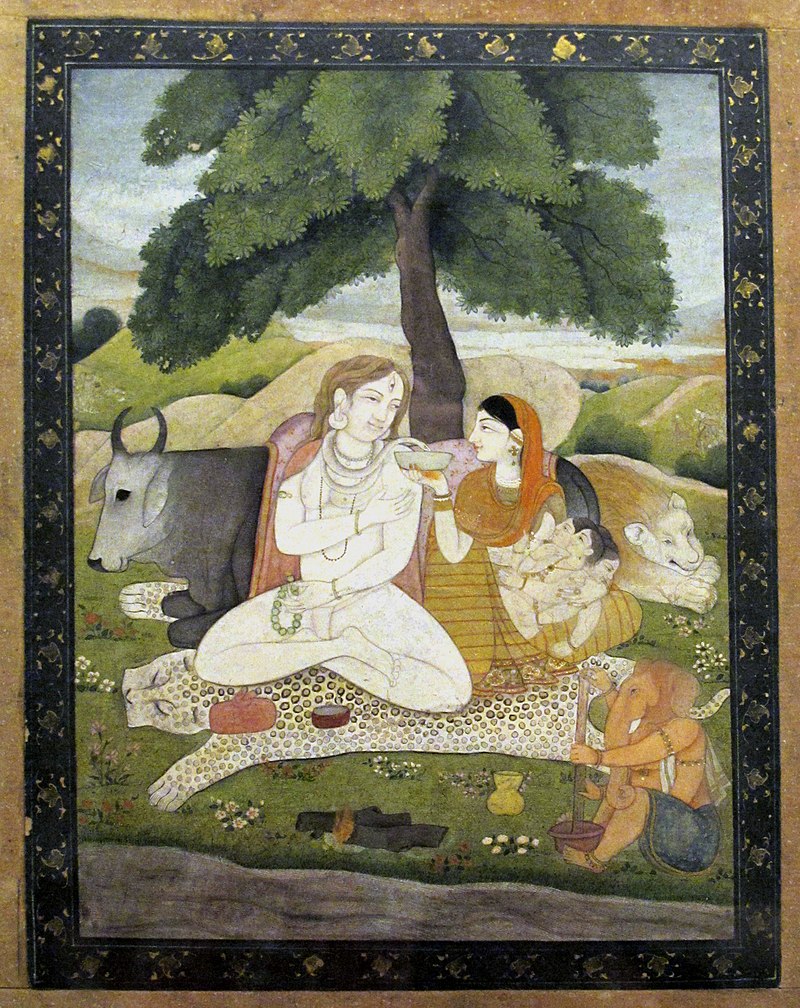 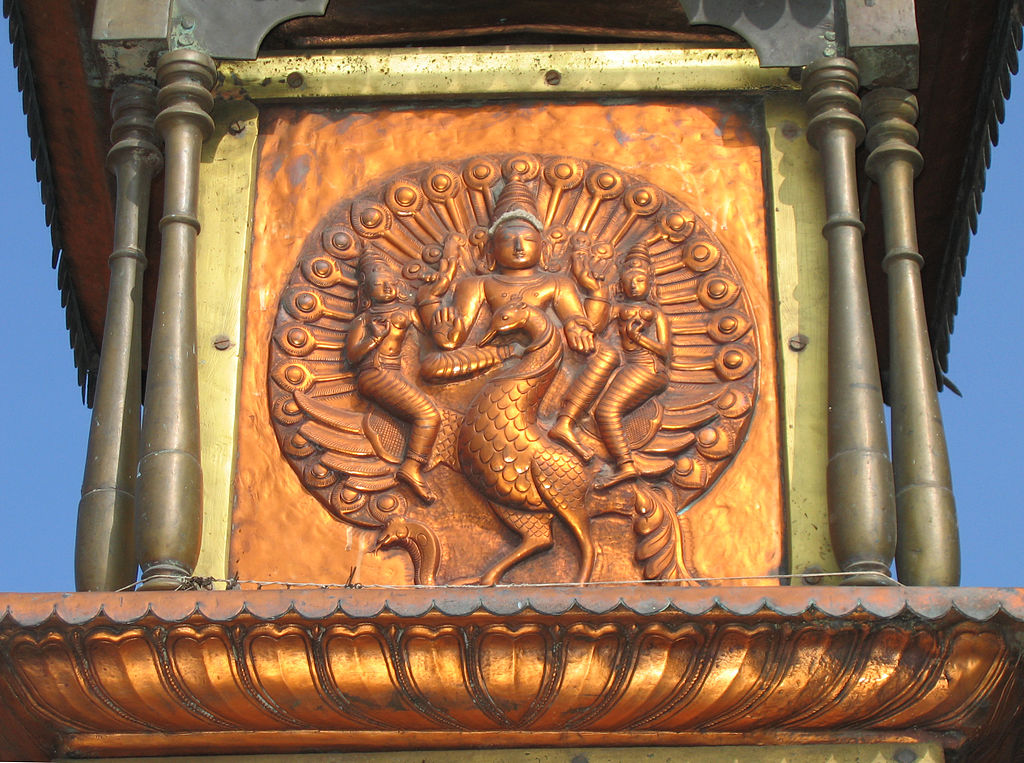 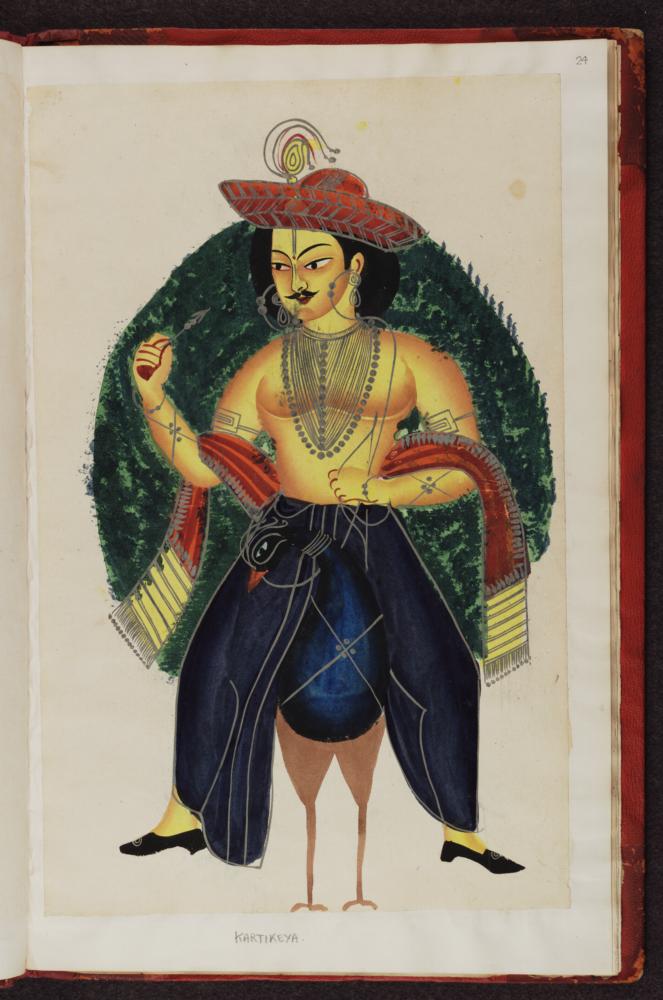 By Wmpearl (Own work) [CC0], via Wikimedia Commons