The Durga ‘pujo’ is a much-awaited event every year in the states of Bengal, Odisha, Jharkhand, Assam and Bihar in India.The excitement is palpable with devotees thronging pandals in new clothes and a new feeling of hope in their eyes. The mother of the Universe is here to protect and solve problems. The idols made for the annual pujo of 4 to 5 days are however temporary because of ‘ visarjan’ or immersion in a water-body at the end of the festivities which include puja, chanting, ‘bhog’ (distribution of food), games, cultural programs among others.

The much revered deity has been depicted in various media over hundreds of years like stone, clay, wood, cloth, miniature painting and ‘pattachitra’.

What exactly is Pattachitra? The word ‘patta’ means cloth and ‘ chitra’ means picture in Sanskrit. The artworks include paper as a medium too. This form of narration includes folklore and mythological tales. Practiced mostly in Odisha, Bengal and Bihar states of India. The art is over a 1000 years old in Odisha where pattachitras were created for ritual use and to be given to pilgrims coming to Puri as souvenirs.

The Bengal patachitra artform dates to about 13th century, as per some sources, but It is mentioned in literature between 1st and 7th century A.D. Patachitra combines art and narrative through song. The topics originally included folklore and mythological content but now cover social issues too. The painters are called ‘patua’ or ‘chitrakars’ who can also sing and perform to communicate the story. The song along with the ‘Pot’ is called ‘Poter Gan’ or ‘Patua Sangeet’. This is popular in Birbhum, Jhargram, Bardhaman and Murshidabad in West Bengal.

The artists are mainly concentrated in a village, Naya, in West Midnapore district of West Bengal.The art is also practised in Bankura, Purulia, Howrah, Hooghly and 24 Pataganas districts of Bengal. The colours are made from natural and vegetal sources. Turmeric and chalk is also used. The paintings are joined together to make a scroll. The scroll could be 3 feet to 15 feet long !

Holi is a well-loved festival of India and some other places. It has been well depicted in miniature and modern paintings. Beautiful and charming, abstract and mysterious, the images capture the essence of the celebration. Holi is a day of not just throwing coloured water and powder on each other but actually has a deep  cultural significance. It is a day of new beginnings. The day to end all past conflicts and rid oneself of past errors. A day of forgive and forget. Other than Hindus, Jains and Newar Buddhists also celebrate Holi, a festival of colour, a festival of love, the spring festival !

The festival of Holi denotes victory of good over evil, the end of winter and arrival of spring. It depicts a good spring harvest season. The festival lasts for a night and a day starting on the evening of the Purnima or Full moon day of the moth of Phalgun in the Hindu Vikram Samvat calender. The first evening or Chhoti Holi is Holika Daaahan, or burning of the demon Holika. She is the sister of Hiranyakashipu as per legend. People gather around Holika and sing and dance. Wood and combustible materials are used to make the bonfire, near temples and other open spaces.

The next day is Rangwali Holi. The day is full of fun and frolic, throwing of coloured solutions from pichkaaris. Groups sing and dance, playing drums and dholak. A drink Bhaang made from cannabis is consumed on this day, also thandaai. 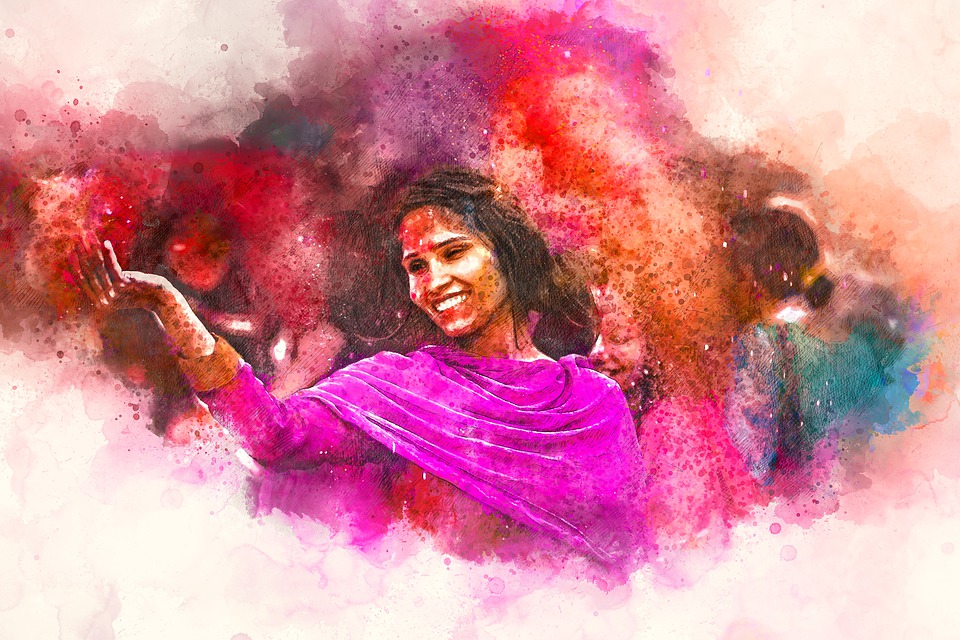 In older days, washable natural plant derived colours from plants like turmeric, neem, dhak and kumkum were used. Nowadays, since the mid 20th century onwards, synthetic  colours are being used. Though in the 21st century organic colours are making a comeback! The festival of Holi is mentioned in the Puranas and by the poet Kalidasa during the 4th century reign of Chandragupta II. The festival finds mention in the Sanskrit drama Ratnavali. Many famous poets have written on Holi or made references to the festival. In Mughal India Holi was celebrated by the emperors as Eid-e-gulaabi. Grand celebrations used to tale place at Lal Qila.

During the 19th century, Sikhs celebrated it as Hola-mohalla ,  an extension festival of martial arts, horsemanship, atheletics, archery and mock battles. Colonial British officials joined the Holi parties organised by Maharaja Ranjit Singh at Bilawal Garden in Lahore, previously a part of India.

A poem by Sarita Aditya Verma –

Forgive and forget, past hurt
And in the beauty of love, regale
Let’s celebrate Holi
The festival of colours, harbinger of spring ! 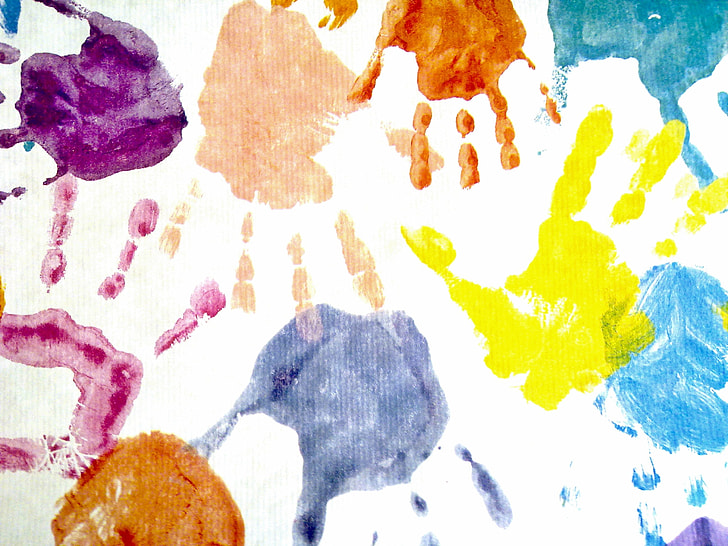