Lakshmi is the Goddess of prosperity and wealth and worshipped by Hindus. She is the consort of Lord Vishnu of the Hindu trinity. As per Hindu mythology, she has risen  from the samudramanthan during which the ocean was churned for the pot of ambrosia.When she had arisen, her beaury captivated all the Gods but Vishnu claimed her hand and she too preferred him. She is also called Padma because of her beauty and association with the flower.Her other names include Kamala,Padmapriya,Padmamukhi,Padmakshi,Padmasundari,Jagadishwari,Vishnupriya and Ulkavahini.

Goddess Lakshmi is mentioned as the daughter of Sage Bhrigu, and because of a certain curse of a sage on Indra, the Gods left heaven and Lakshmi took refuge in the ocean. She was restored with the Gods after the ocean churning or samudramanthan.

Lakshmi is an important deity  and Goddess of fortune in Jainism and Buddhism and is seen depicted at stupas and cave temples. 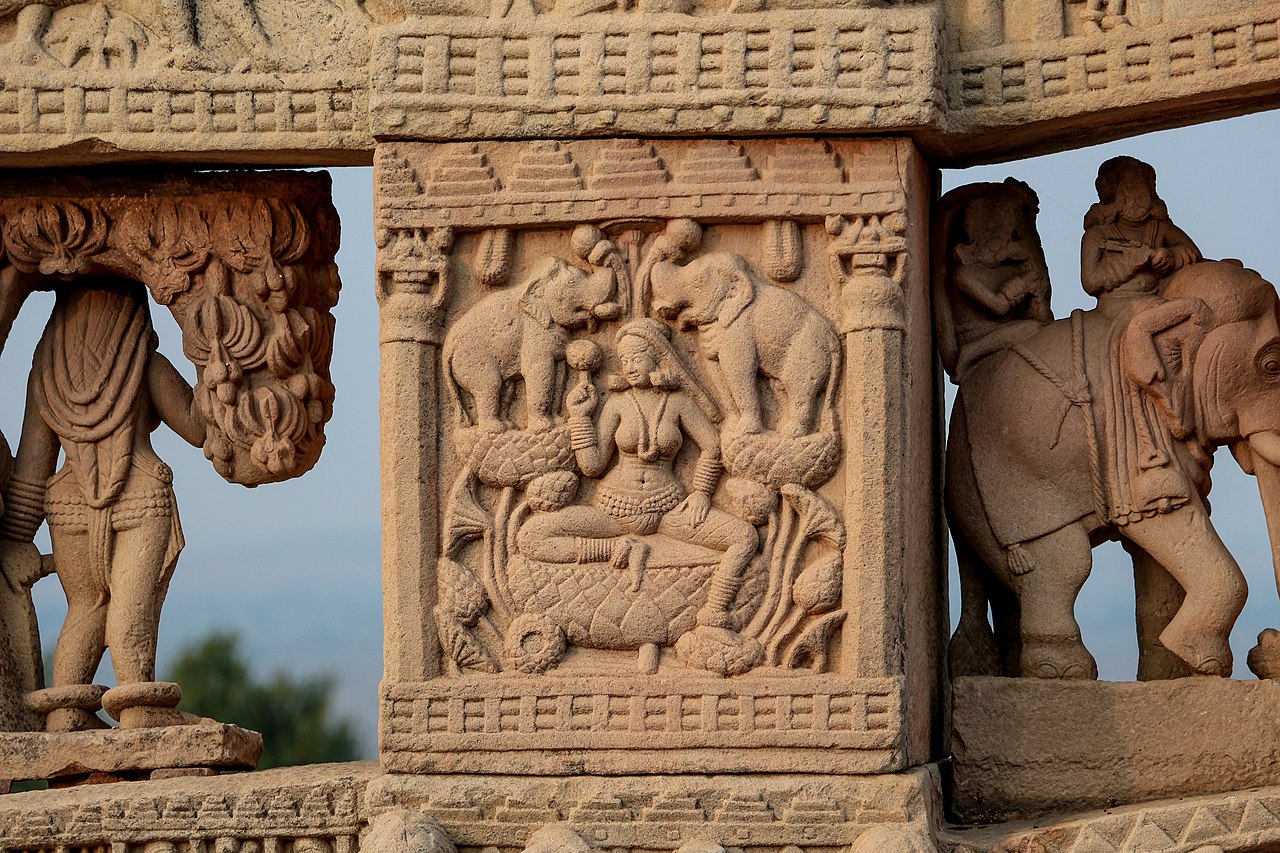 By Wmpearl (Own work) [CC0], via Wikimedia Commons

Goddess Lakshmi is very devoted to her husband and in many depictions she is shown at his feet. She accompanied Lord Vishnu every time he descended on the earth. She was Sita to Lord Rama and Rukmini to Lord Krishna. Lakshmi is supposed to be the embodiment of all virtues. She is the divine strength of Lord Vishnu. All women are supposed to be the embodiment of Lakshmi as per Hindu belief.

By Daderot (Own work) [Public domain or CC0], via Wikimedia Commons

Goddess Lakshmi is propitiated for benefits like wealth, family dwellings, friends, good harvest , good health etc. She is worshipped alone or along with Lord Vishnu. as per the Vishnu-purana. Sri or Lakshmi is the mother of all beings and Hari or Vishnu is the father. Lord Vishnu is called Narayana. If she represents speech, Lord Vishnu is the meaning. Lord Vishnu represents understanding and she is the intellect behind it. Goddess Lakshmi’s kind gaze can transform fortunes and is much sought after. Her symbol is lotus which represents beauty, fortune and liberation and she is depicted standing or sitting on it. She is revered as having the energy of the Supreme Being.

By Daderot (Own work) [Public domain or CC0], via Wikimedia Commons

Gajalakhsmi or Lakshmi seen with elephants is usually seen seated in padmasana on a lotus. On her sides she is flanked by elephants who are pouring water over the Goddess with their trunks symbolising abundance and good luck. She carries lotus in her hand and  is usually depicted as four armed, one  in abhaya mudra (depiction of fearlessness)and the other in varamudra (depiction of fulfilment of wishes.)

Lakshmi’s four hands symbolise the four goals of the Hindu way of life ; dharma,kama,artha and moksha. Lakshmi’s vehicle is the owl. She is always resplendent and is showering prosperity. She signifies economic activity. Her statues have been found in Hindu temples all over South Asia. She has been depicted on coinage from ancient India. The festivals Diwali and Sharad Purnima are dedicated to her.

Lakhsmi arising from the milk-ocean after the Samudramanthan or churning of the ocean,Mamallapuram, Tamil Nadu.

By Internet Archive Book Images [No restrictions], via Wikimedia Commons 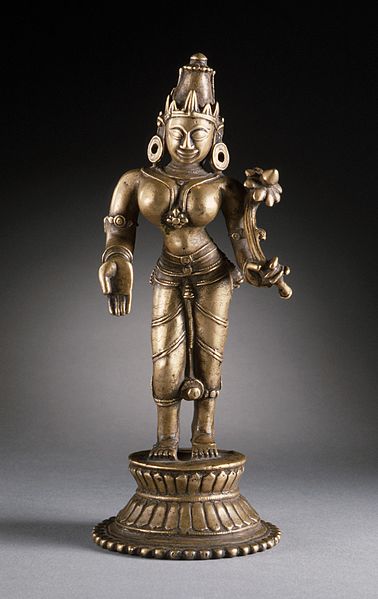