A place in Kerala, south of India originally called Jatayumangalam has an interesting legend behind it. It is now called Chadayamangalam named after a bird Jatayu from the Indian epic Ramayana whose wings were clipped off by Ravana. Jatayu did the ultimate sacrifice by trying to stop Ravana, when Sitadevi was being carried off to Lanka by him. The rocks here hold striking carvings of Jatayu’s beak mark during his last breath and footprints of Lord Rama. The illustrations depicted capture the story and illustrate the bird’s devotion and supreme sacrifice to his object of worship ! 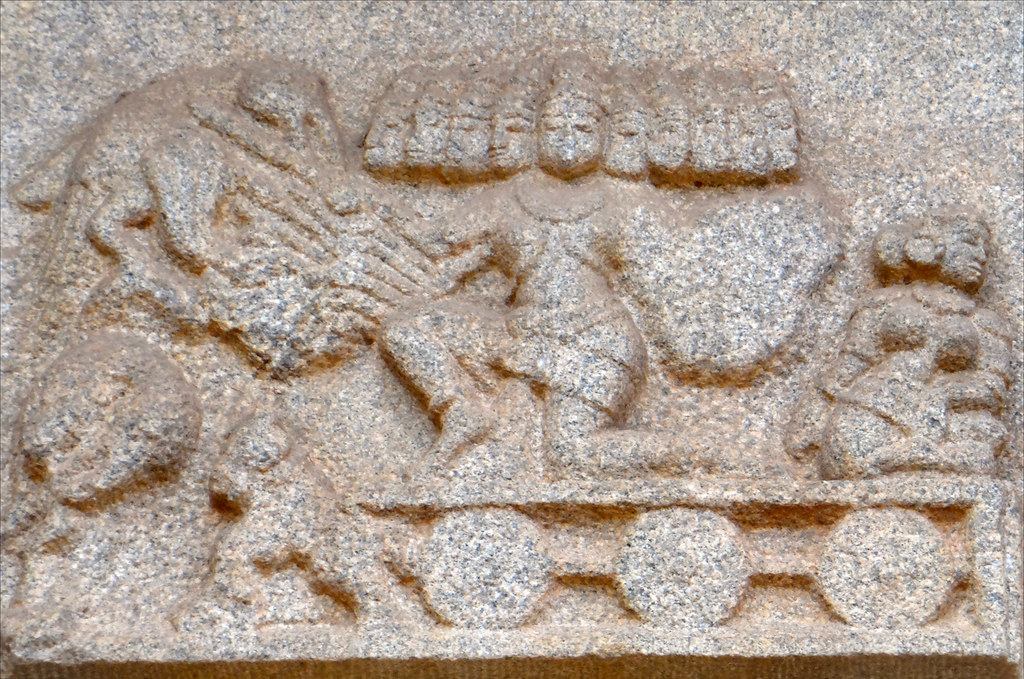 The India epic Ramayana which is the story of Lord Rama, narrates the story of the sacrifice of Jatayu, the bird-vulture who was a great devotee of Lord Vishnu and knew that Lord Rama was his incarnation in human form. When Sita was found missing, Rama was highly aggrieved and he along with his brother Lakhsmana started searching the forests for her. She had actually been abducted and Ravana was waiting to avenge the humiliation of his sister Surpanakha by Lakhsmana.

As Sita was being carried off by Ravana in his flying chariot, she gave out loud wails for help to the forests with its all its flora and fauna. Nature heard her cries but no one could really help. At this time Jatayu was resting on a tree top. He heard the appeals of Sita and immediately flew off the tree and came close to Ravana’s aerial chariot. He tried to reason with him but Ravana was very angry and in no mood to listen. Jatayu then attacked him with his powerful beak and talons.

In order to foil the evil act of abduction by Ravana, a fierce battle followed between Jatayu and Ravana. Ravana was way much stronger to him, but Jatayu managed to offset some of Ravana’s weapons and bring him down to earth with his chariot. But this enraged Ravana further and he shot arrows at the bird and slashed his wings with his dagger. Jatayu could no longer fly and hit the gound too. Sita rushed to his help but Ravana carried her off again in his aerial chariot. 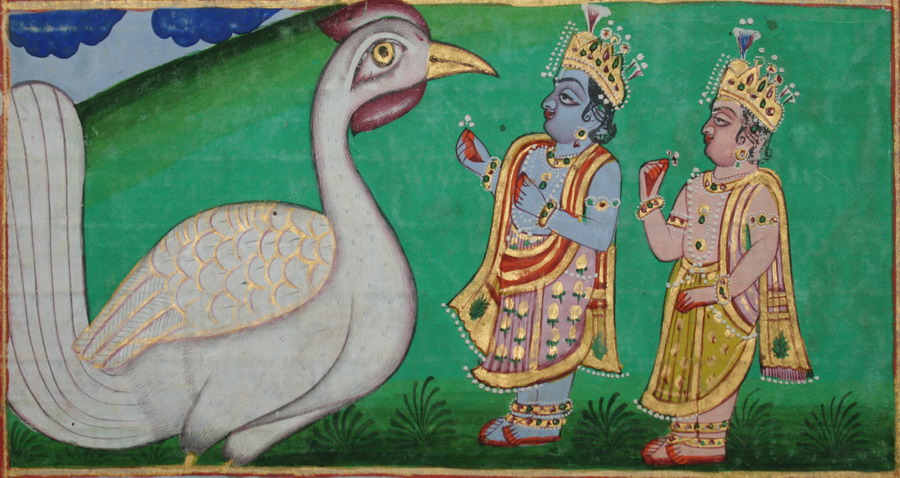 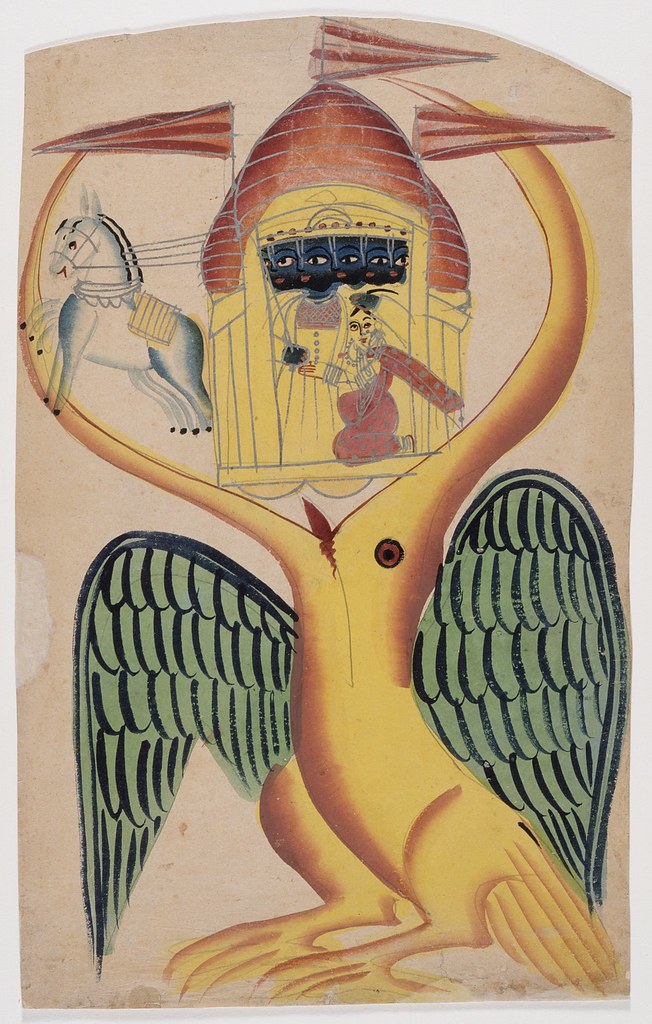 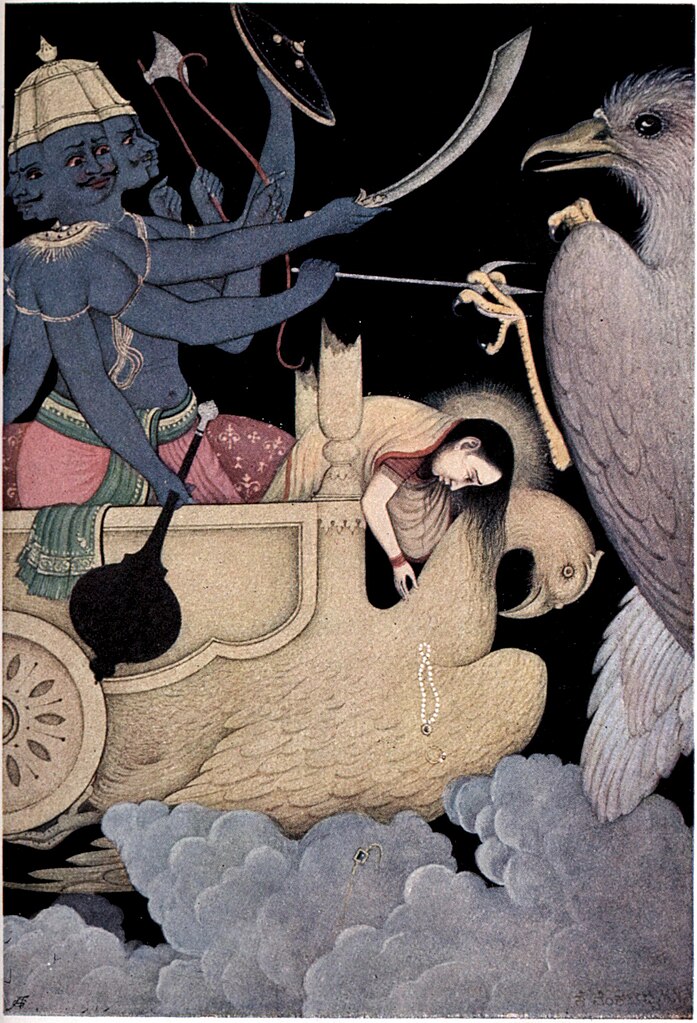 Sampati was Jatayu’s brother. On hearing of his sibling’s predicament from one of his tribe he rushed to his side. The sun was very scorching on that fateful day. Jatayu was lying wounded and would soon die; Sampati covered him with large wings so that he would be comfortable in his last moments. Rama and Lakshmana soon arrived on the  poignant scene. With great difficulty Jatayu related his tale and informed Rama of the abduction and the route that Ravana was taking. This was of great help to him to understand Sita’s whereabouts in order to bring her back. Jatayu was thus the first informer. It is believed that Sampati’s wings got so scorched that he could not fly again. This is one version of the story. However Jatayu died and got liberation (moksha or mukti)  from rebirth by the touch of Rama. Thus ended a saga of devotion and sacrifice in glory ! 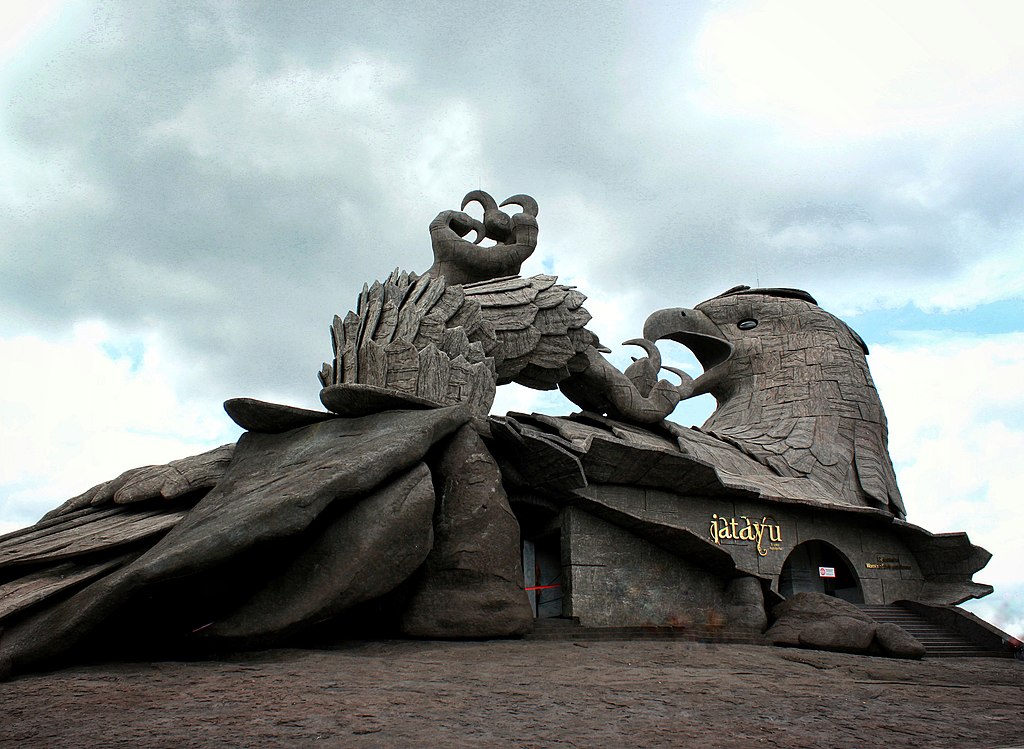