The arabesque holds a special meaning. The Cambridge dictionary says that it is ‘a type of design based on flowers, leaves, and branches twisted together, found especially in Islamic art’.  The architecture of Mughal monuments in India offers many examples of arabesque art. The Taj Mahal, tomb of Emperor Akbar, tomb of I’timād-ud-Daulah, the Fatehpur Sikri, the Agra Fort, the Red Fort and several others. The arabesque has also been defines as a vegetal design consisting of full and half palmettes as an unending continuous pattern in which each leaf grows out of another. It is symbolic of the unity of faith of Islam.

The beautiful and striking designs created on many Mughal monuments are actually a combination of the arabesque-vegetal, geometric patterns and Islamic calligraphy.  Islamic art is diverse and made up of stunning patterns, due to the absence of figures which could make it an object of worship, which is prevented in Islam. However the core of the art is symmetry and harmony. There is an effort to convey the structure of everything through pattern. Geometry is an important element, it is sacred geometry with an inner and outer meaning.

Arabesque art depictions, mostly combined with geometry and calligraphy have two types, the first is about the principles that govern the order of the world. Geometric forms have a built in symbolism.The principles include the basics of what makes objects structurally sound yet pleasing to the eye. The square has equal sides and represents the important elements of nature, earth, air, fir and water. The physical world is symbolised by a circle that inscribes the square and would collapse upon itself without any of the four elements. The second type is based on the flowing nature of vegetal froms, representing the feminine life giving force. The third type is the mode of Islamic calligraphy. it is also called the art of the spoken word. Many proverbs and passages from the Holy Quran can be seen in arabesque art. The coming together of these three forms create the arabesque in its entirety. The art is not just mathematically precise but beautiful and symbolic. Many Islamic designs are based on squares and circles, interlaced to form complex patterns. A common motif is the 8 pointed star made of 2 squares, one rotated 45 degrees with respect to the other. Another basic shape is the polygon, mostly pentagon and octagon. Islamic artwork is found in jaali work or trellis tilings, woodwork, kilims or rugs, leather book bindings, metalwork, ceramics  and ceilings.

A glimpse into this fascinating world of visual art includes images from two important tombs in Agra, North of India, both from 17th century Mughal era.

Emperor Jalalluddin Akbar was the third Mughal emperor, born in 1542 A.D, who ruled from 1556 to 1605 A.D. Akbar’s reign significantly influenced the course of Indian history. During his rule, the Mughal empire tripled in size and wealth. Akbar promulgated Din-i-Ilahi, a syncretic creed derived mainly from Islam and Hinduism, Zoroastrianism and Christianity. His tomb is at Sikandra, Agra, a structure with ornate and stunning Islamic art and architecture. 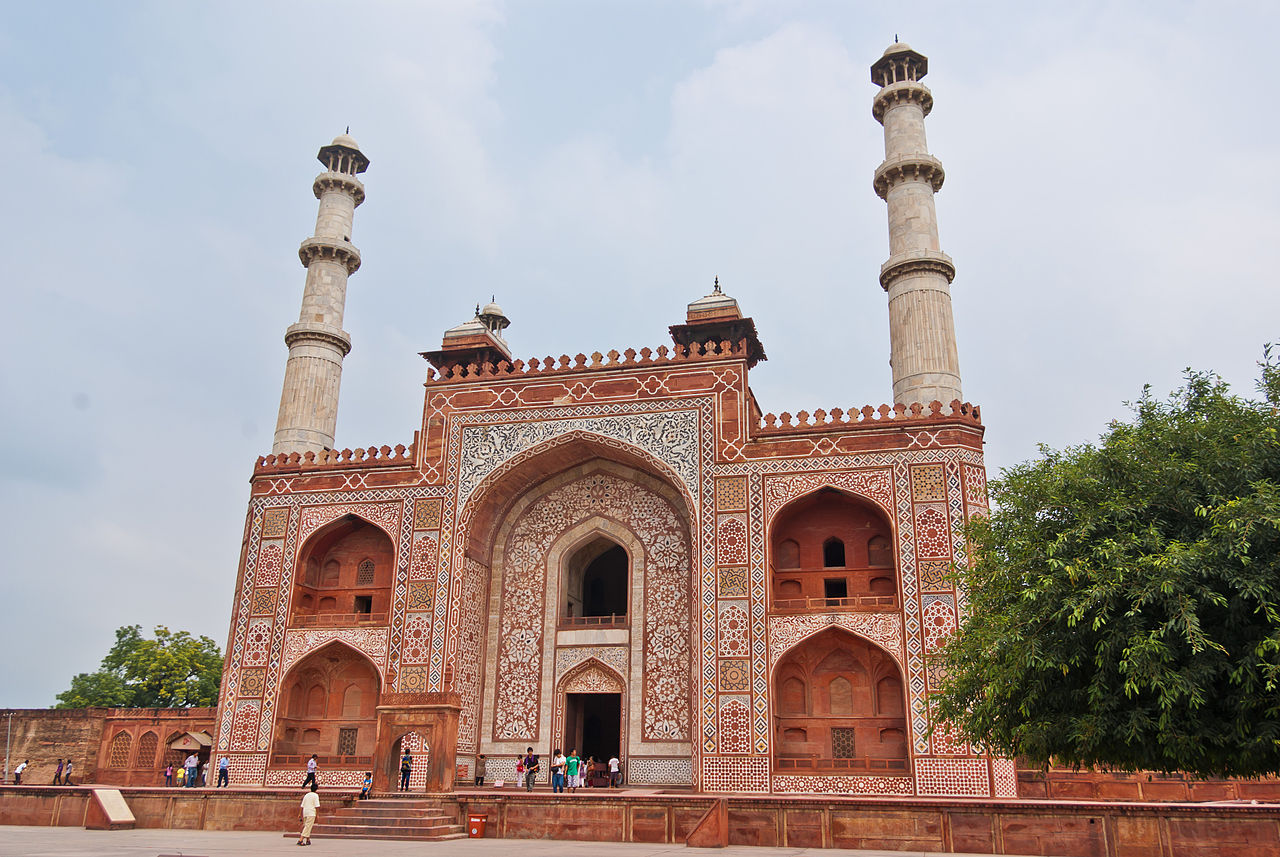 Mirza Ghiyas Beg also known by his title of I’timad-ud-Daulah  was a vizier in the Mughal empire, whose children served as wives, mothers, and generals of the Mughal emperors.He was the father of the famous ‘Nur-Jehan’ and grand father of ‘Mumtaz-Mahal’ of the Taj Mahal fame. He was made ”Vazir” after Nur Jehan ‘s marriage with Jehangir in 1611. 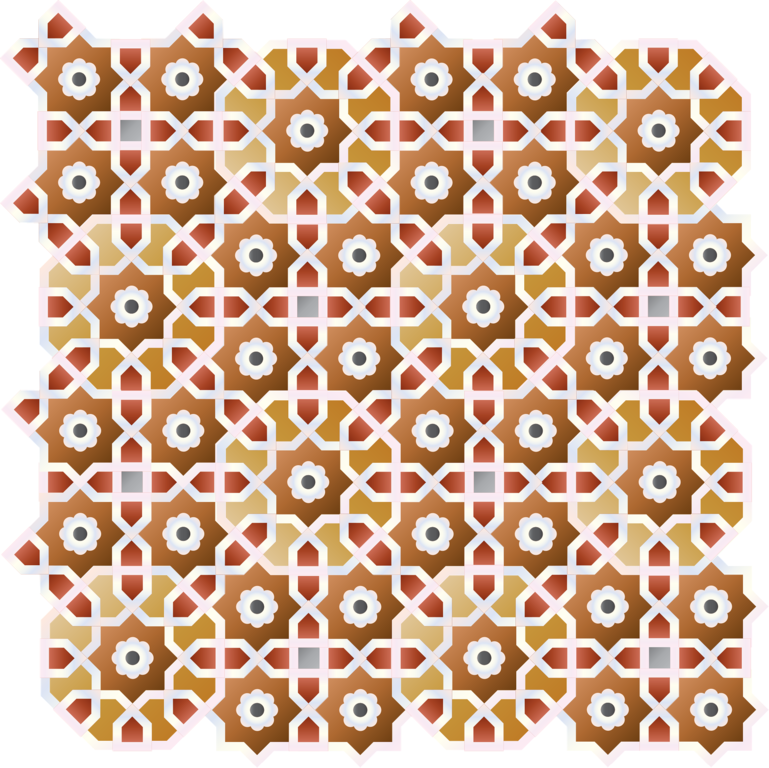 Detail, tomb of I’timād-ud-Daulah, a quarter of each 6-point star is shown in each corner; half stars along the sides, 17th century, Agra.

Jaali design with 6 point stars and arabesques on the sides, tomb of I’timād-ud-Daulah, 17th century, Agra. 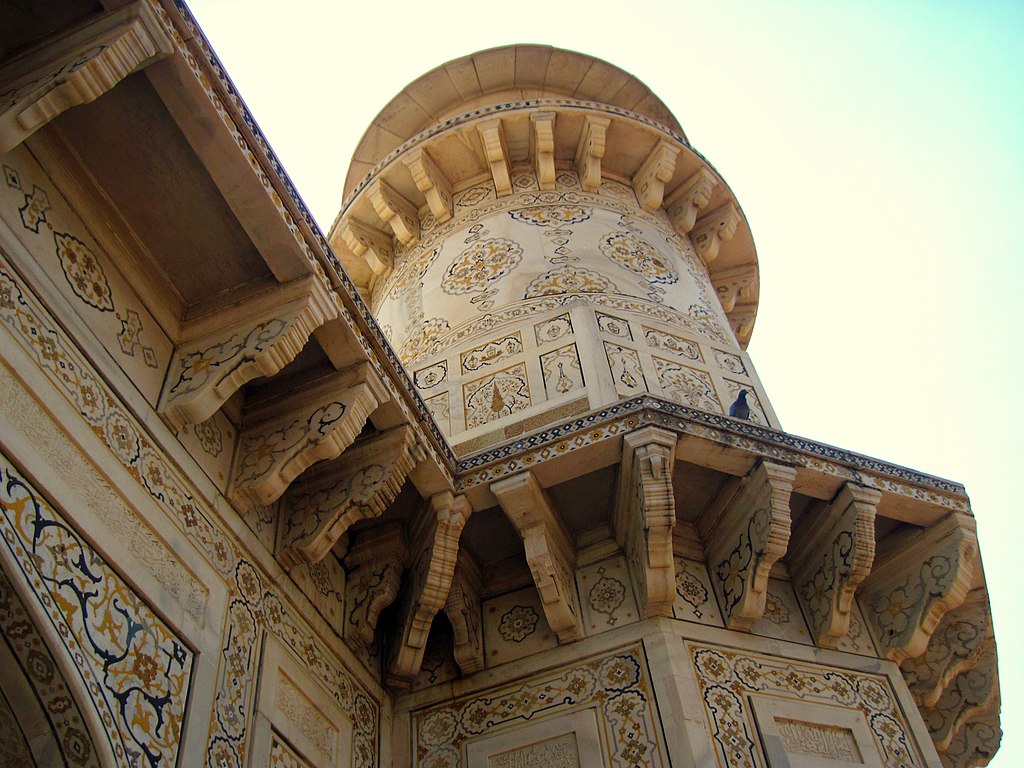