There are many semi-divine beings other than Gods in Hindu mythology, who are neither God or demon. Apsaras are celestial nymphs who belong to this category. They are beautiful and excellent dancers, usually wives of the Gandharvas who are the musicians. They entertain in the palaces of the Gods.They are adept at the art of seduction of Gods and men. They can take flight, change shape and are compared to angels. Apsaras rule over fortunes of gambling and are associated with fertility rites. The famous apsaras at Indra’s court are Urvashi, Rambha, Menaka, Tilottama and Ghritachi.

Apsaras have risen when the ocean was churned; samudramanthana. They are both resplendent and celestial.They did not undergo purification and no God would marry them.  They are the dancing girls of Indra’s court. The Apsaras are widely mentioned in literature. The Rigveda, Mahabharata mention them.An entire hymn in the RIgved deals with the colloquy between Apsara Urvashi and her mortal lover Pururavas. Mnay stories of the Mahabharata depict them in supporting roles. Apsara Tilottma is mentioned to have saved the world from demons Sunda and Upasunda. Apsara Urvashi tried to seduce Pandava Arjuna.

Apsara Menaka was sent by Indra who was afraid of the power of the penance of Sage Vishwamitra . Menaka distratced him and seduced him; a daughter Shakuntala was born to them. Apsaras have been depicted in sculpture and paintings in India and other  Asian countries. They represent song and dance, beauty and seduction. Gandharvas in heaven are their male partners who have great musical skills.

The apsara depicted above is from Uttar Pradesh and the figure is shown heavily ornamented.The sculptor has twisted the figure of the celestial nymph in order to capture the essence of her dance movement. The jewellery also has a sense of fluidity along her supple body. The carving of the ornaments is crisp and rich in detail. Images of dancing semi-divine attendants often appear on the outer walls of Hindu temples. They are placed near the figures of gods to honour the deity. 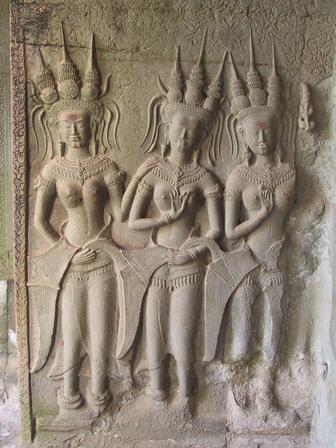 by Andrew Lih , The original uploader was Fuzheado at English Wikipedia – Transferred from en.wikipedia to Commons by Closedmouth., CC BY-SA 2.0, https://commons.wikimedia.org/w/index.php?curid=6220924

Apsara in detail of a chariot wheel of the Sun Temple, 13th century,Konarak, Odisha. 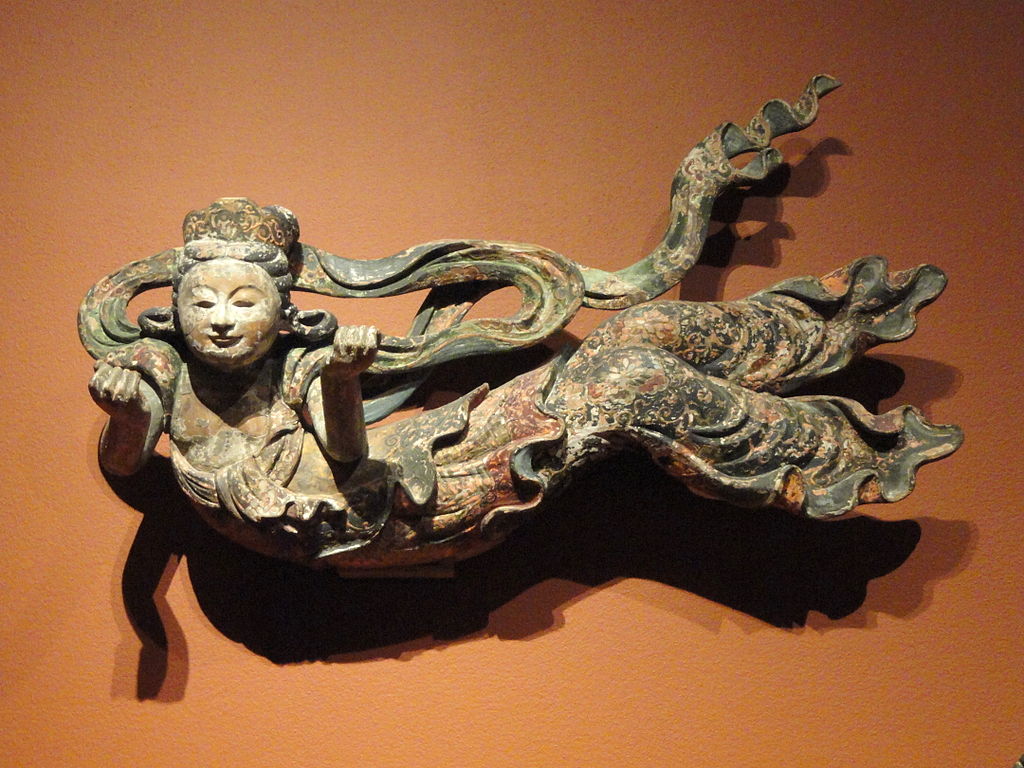 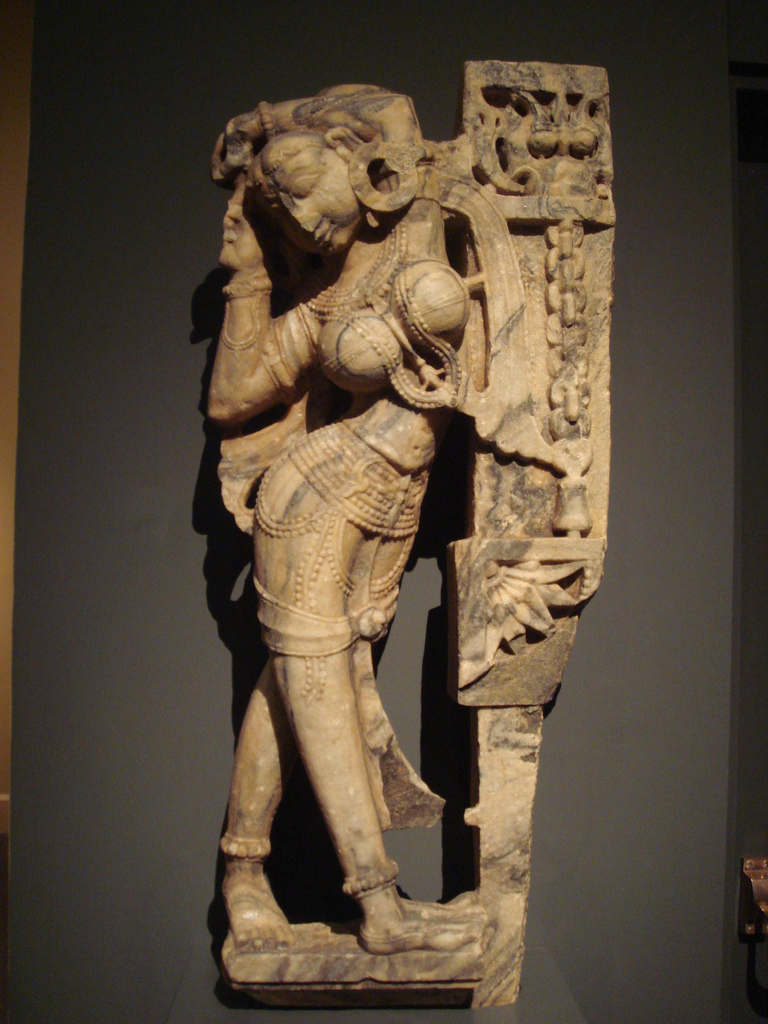 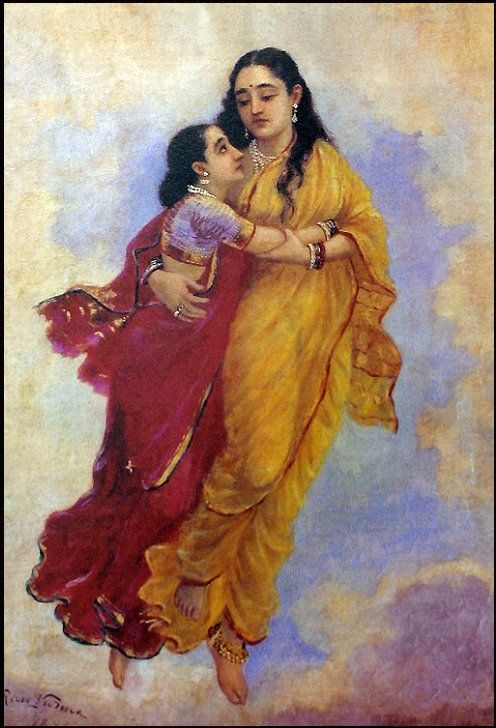 A surasundari  is a young maiden who is an epitome of feminine beauty and sensuality. In many temples they are depicted as attendants of Gods and Goddesses.They manifest as dancing apsaras and salabhanhjikas or tree-nymphs.Other forms include, darpani, ketakibharana,matrika,chamari,torana,dalamalika,padmagandha, nartaki,shukasarika,nupurapadika,mardala, alasakanya and shubhagamini. The surasundari is believed to represent feminine energy.

The surasundari shown above braces her right hand on the head of an attendant, as he removes a thorn from her heel. She also uses her bow to balance herself. A quiver of arrows is carved in shallow relief behind her back.

The love story of King Pururavas and Apsara Urvashi is a part of the Sanskrit play composed by poet Kalidasa, Vikramovasyam. The story’s earlier versions are in the Rigveda and later in the Mahabharata, the Harivamsa, the Vishnu-purana, the Matsya-purana etc. Urvashi was the consort of King Pururavas  for some time. They had met when Urvashi had come to earth, but eventually left him as he had broken some conditions laid down by her. Raja Ravi Varma has captured a part of the story in his painting.