Goddess Ambika is a Jain goddess; the mother goddess. She is also called  Ambai, Amba, Kushmandini and Amra Kushmandini. She is the yakshi, sasana devi or protector deity of the 22nd tirthankara Neminatha.  Goddess Ambika is of a golden colour and her vehicle is the lion. She is depicted as a four armed goddess. In her two right hands she carries a mango and in the other a branch of a mango tree. In one of her left hands, she carries a rein and in the other she has her two sons, Priyankara and Shubhankara. This underlines her connection with motherhood and children. Many temples are dedicated to her in Rajasthan and other places across India.

As per Svetambara tradition Ambika  is a wife and the mother of two children in Gujarat. Her husband makes her leave the house because she gives food to a Jain monk.  She goes to a nearby forest with her children and settle down under a withered mango tree. But the mango tree provides fruit and a dried-up lake fills with water for them, so they survive. When her repentant husband comes to look for them, she misunderstands and escapes him by jumping into a well with her sons. She is reborn as the yakshi to Neminatha and her husband is reborn as her lion vahana or vehicle. This account is from the Ambikadevi-kalpa.

The image of Goddess Ambika shown below at Kalugumalai in Tamil Nadu displays the attributes commonly associated with this goddess, namely the mango tree, her two male children and the lion. Ambika here is depicted as a two-armed goddess and stands with her right hand placed on the head of a small female attendant. The male figure on her right has been identified as Ambika’s agitated husband prior to his transformation into a vahana, the lion.

The sculpture at the south end of the verandah of the Indra Sabha rock-cut temple at Ellora,  a group of Hindu, Buddhist and Jain cave temples which extend for over 2 km on the west face of a basalt cliff in Maharashtra. Indra Sabha is the largest of the Jain caves, excavated under Rashtrakuta patronage in the 9th century. Depicted below is a carved figure of the Goddess Ambika with two hands, with a male child seated on her lap and a lion beneath. The mango tree is also represented.The columns next to her image have foliate motifs. 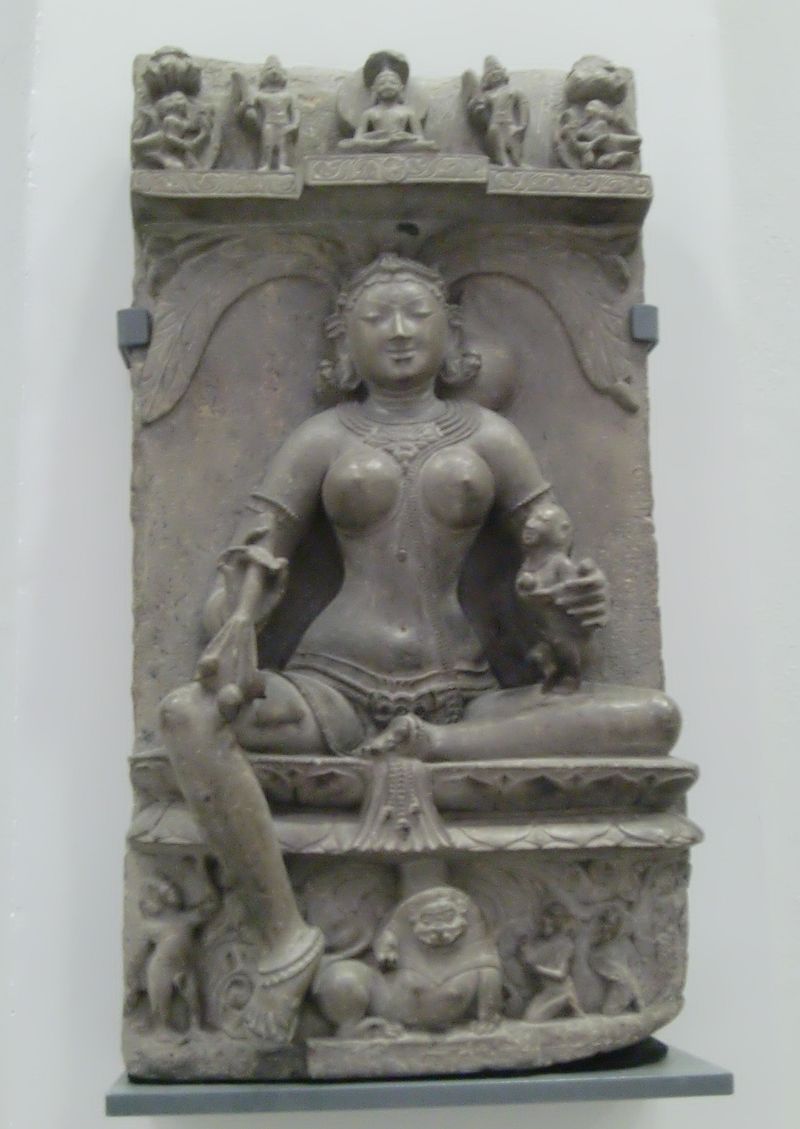 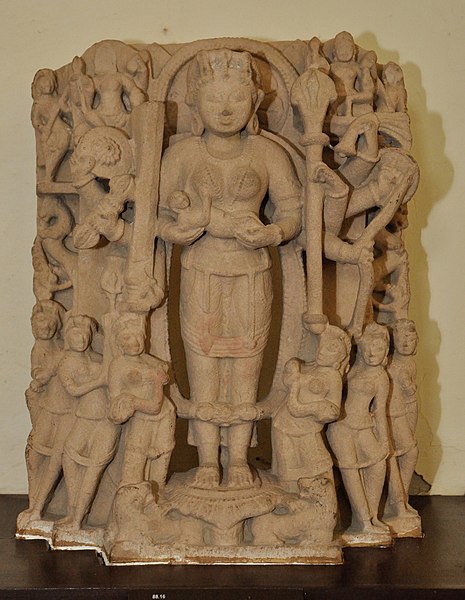