Lord Shiva is one of the trinity of the Gods in Hinduism along with Lord Brahma and Lord Vishnu. Mahashivaratri is a festival celebrated every year in honour of Lord Shiva. It marks the day of the marriage of Lord Shiva and Goddess Parvati. There is a Shivaratri every luni-solar month in the Hindu calendar on the month’s 13th/14th day but once a year is Mahashivaratri, the great night of Shiva which also heralds the summer season. The festival is celebrated at night and is a solemn time for introspection, fasting and all-night vigil by the devotee. The festival is observed by chanting and discovering the ”Shiva” within us, overcoming of darkness and ignorance. Mahashivaratri finds mention in the Skandapurana, Lingapurana and Padmapurana. Lord Shiva has been depicted in miniature painting schools across India.

Raja Drupada begs Shiva to grant him a boon,  Razmnama, opaque watercolor and gold on paper, 1616, Mughal school, San Diego Museum of Art, U S A. 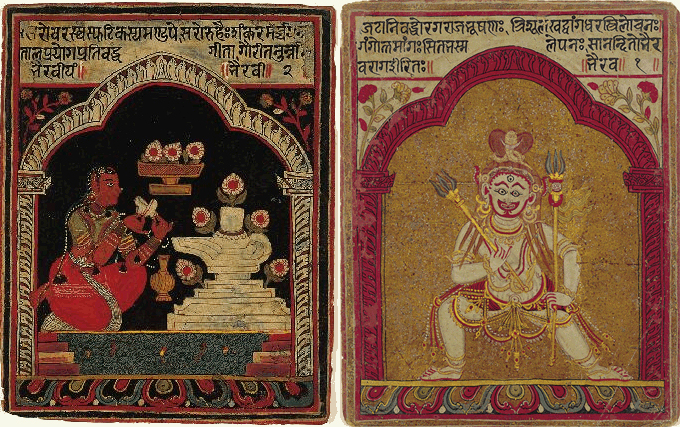 Mahashivaratri as per a legend is the ”night” when Lord Shiva performs his celestial dance of creation, preservation and destruction. Lord Shiva’s presence is felt on this night by chanting hymns in his praise and reading of Lord Shiva’s scriptures. Also one can do offerings to shivalingas to get over past deeds and restart life. Mahashivaratri is also considered the day when the first guru or Adiyogi awakened his consciousness and transcended his mind. At some major Hindu temples Natyanjali or worship through dance festivals are organised.

Lord Shiva seated on a throne on Mount Kailash, Chamba school, Himachal Pradesh, 1760, Cleveland Museum of Art, U S A.

Brahma, Vishnu, and Shiva within an OM, in a Mahabharata manuscript from 1795, Mughal style, University of Edinburgh, U K.

A saint shown with folded hands, probably  Sant Tulasidas, an ardent devotee, depicted in front of  Lord Shiva and Parvati on Mount Kailasa with Nandi, miniature painting, 1730,  San Diego Museum of Art,
U S A.
Lord Shiva has many names such as Vishwanatha, Mahesha, Hara, Trilochana, Devendra, Neelakanta, Subhankara, Maheswara, Rudra, Shankara among many others. Temples to Lord Shiva are found all over India. The Mahakaleswar temple at Ujjain is highly venerated. In West Bengal there is the Tarakeshwar Temple and he is fondly called Baba Taraknath, where young women go to pray for a suitable groom ! 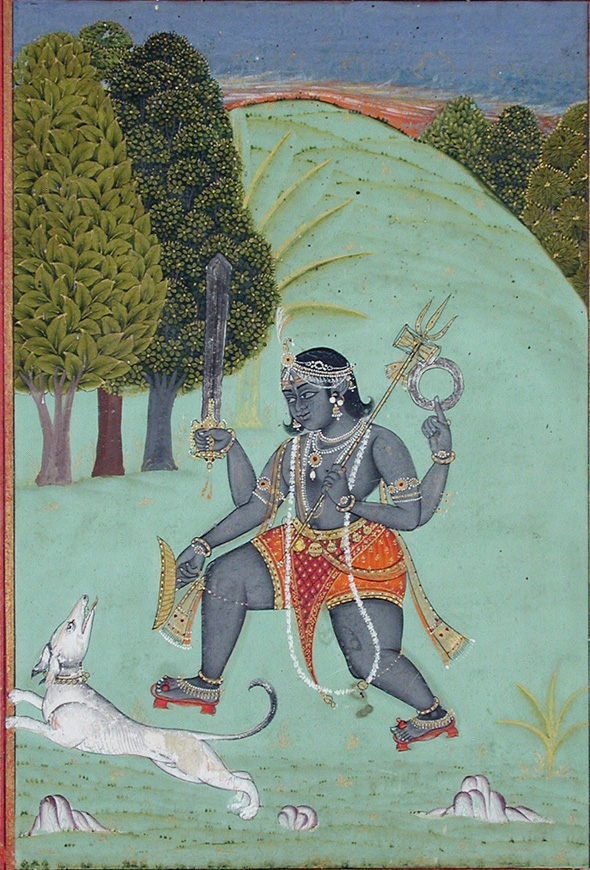 Shiva  or the auspicious one is the supreme being within Shaivism. He is known as the destroyer. Parvati is the equal complementary partner of Shiva. He is depicted as an omniscient and ascetic yogi who lives on Mount Kailash, but he is also depicted as a householder with his wife and two children.  Lord Shiva in his fierce aspects is seen slaying demons; his iconography shows the river Ganges flowing from his matted hair, third eye on his forehead, the trident as his weapon, and the ”damaru” or drum with him. Nandi the Bull is his vehicle. Lord Shiva has both a benevolent and terrifying aspect as mentions the Yajurveda.  The name Rudra and Bhairava depicts his fearsome aspects.  Lord Shiva is also called ”Mahakala” or great time which ultimately destroys everything. The name ”Shankara” reflects Lord Shiva as beneficent. So does the name ”Shambhu”, which means self-lit !
In fact, prototypes of Lord Shiva has been found at the Indus Valley civilisation sites, a seal found at Mohenjodaro, representing Pashupati, an epithet of Lord Shiva. The figure is also seen seated in a yoga posture. This is still being debated though ! 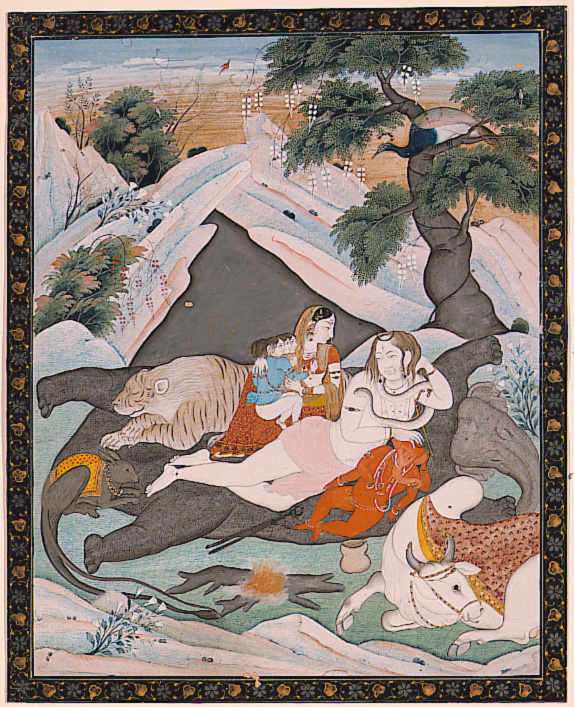 Shiva and his family in their mountain home, Pahari miniature painting, early 19th century, San Diego Museum of Art, U S A.

A five-headed Lord Shiva and Parvati seated with Nandi, Kangra school,miniature painting, 1800, San Diego Museum of Art, U S A. 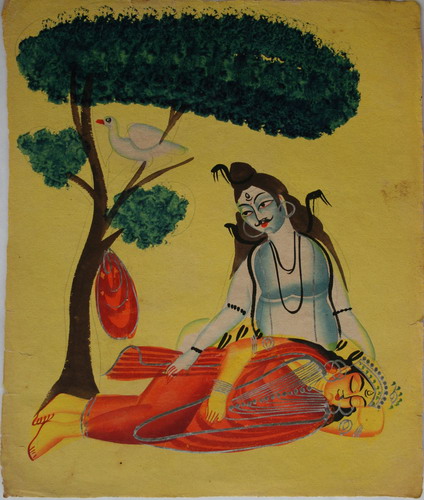 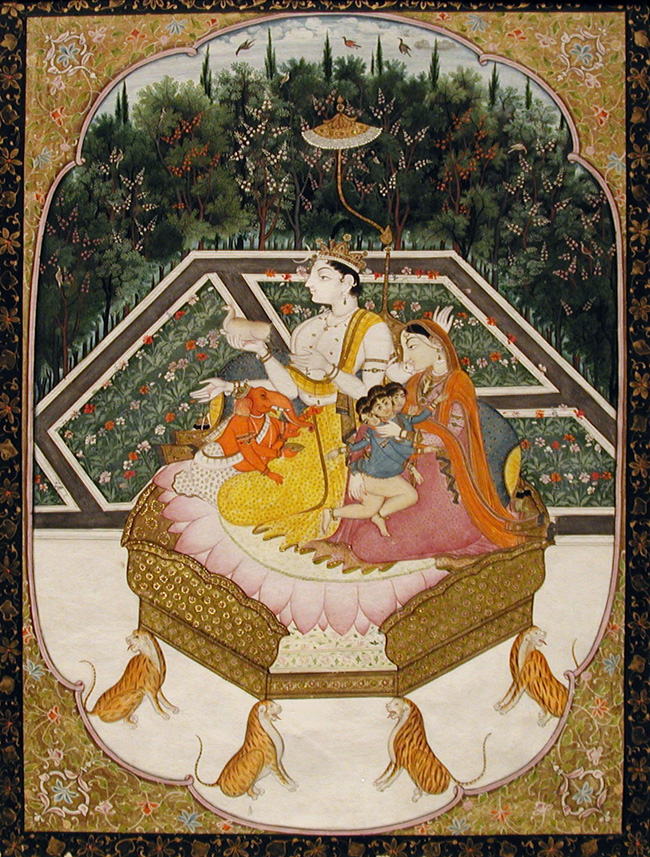 Lord Shiva with Parvati and their children Ganesha and Kartikeya, Kangra school, miniature painting, San Diego Museum of Art, U S A.

Ever laid eyes on a delicate piece of glass with floral motifs worked out in goldwork and other colours? Most probably it would be an object from the Mughal times. The Mughal empire has ruled India for a considerable amount of time (1526 to 1858 A.D) They have left an indelible mark on the country’s history. Their designs still fascinate and remain etched as part of Indian art and architecture. The art was included in objects of utility and function too. They had special karkhanas or workshops where artisans worked.

Though glass has been in use since prehistoric times in the Indian subcontinent the Mughlas seem to have taken it to another level. It was used mostly to make beads, bangles and trinkets. The opulent era of the Mughals changed that by using the medium to make luxury tableware and huqqa bases (hubble bubble).

During the rule of Emperor Jahangir (1605 to 1627) and Emperor Shahjahan (1628 to 1658) and Aurangzeb(1658 to 1707), the fashining of Mughal glass and trade flourished. Paintings of the Mughal era depict the courts and royal spaces used by the emperors and the nobility. One can spot the vessels and cups for pouring liquids like sherbets and the wine cups and ”huqqas” or water pipes. 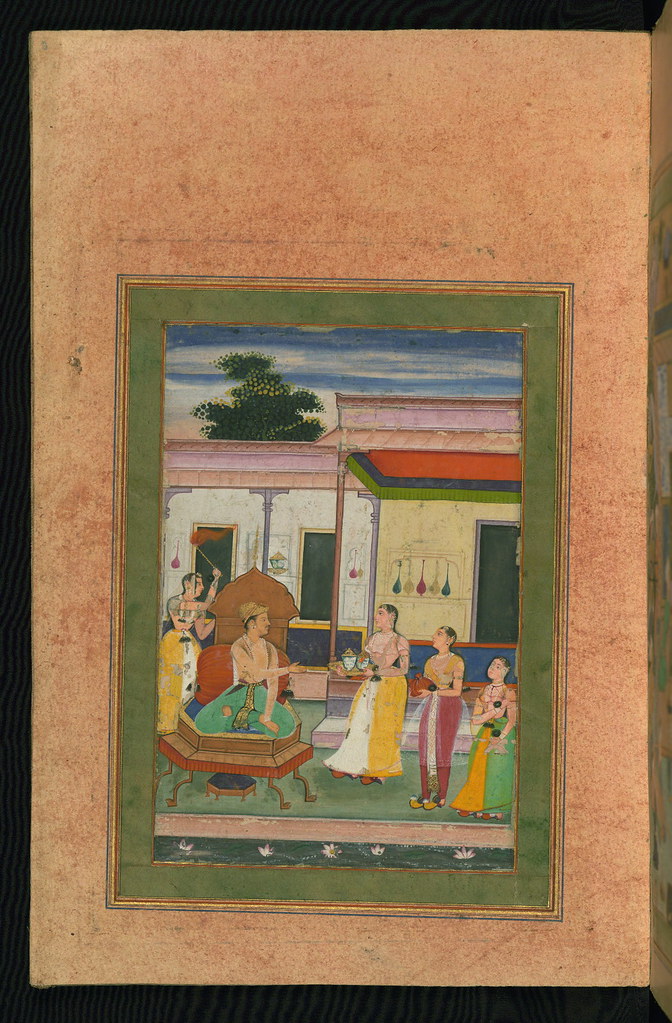 Different varieties of glass were present at the Mughal courts. Venetian, Spanish, English,Persian et al. Other than imports glass items were manufactures in India too. The Ain-i-Akbari by Abul Fazl mentions that glass was manufactured at Bihar and Alwar in Rajasthan. Glass bottles  were also made in English and Dutch factories in Patna and at Gujarat during the 2nd half of the 17th century. The early 18th century saw more manufactories being started. Mughal glass vessels are found in many museums and private collections across the world. 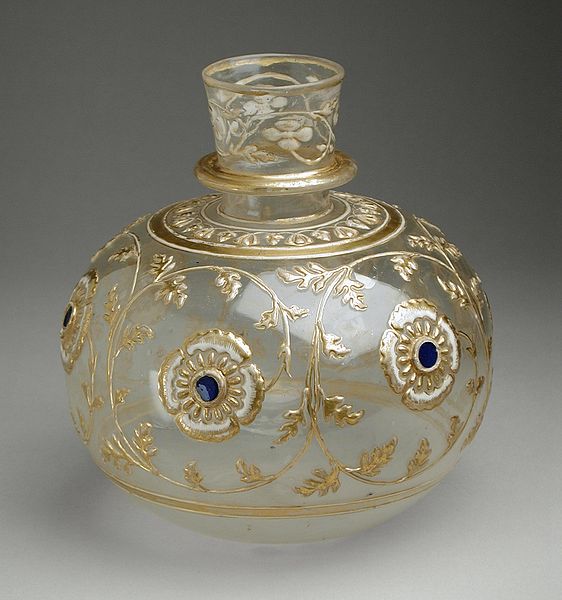 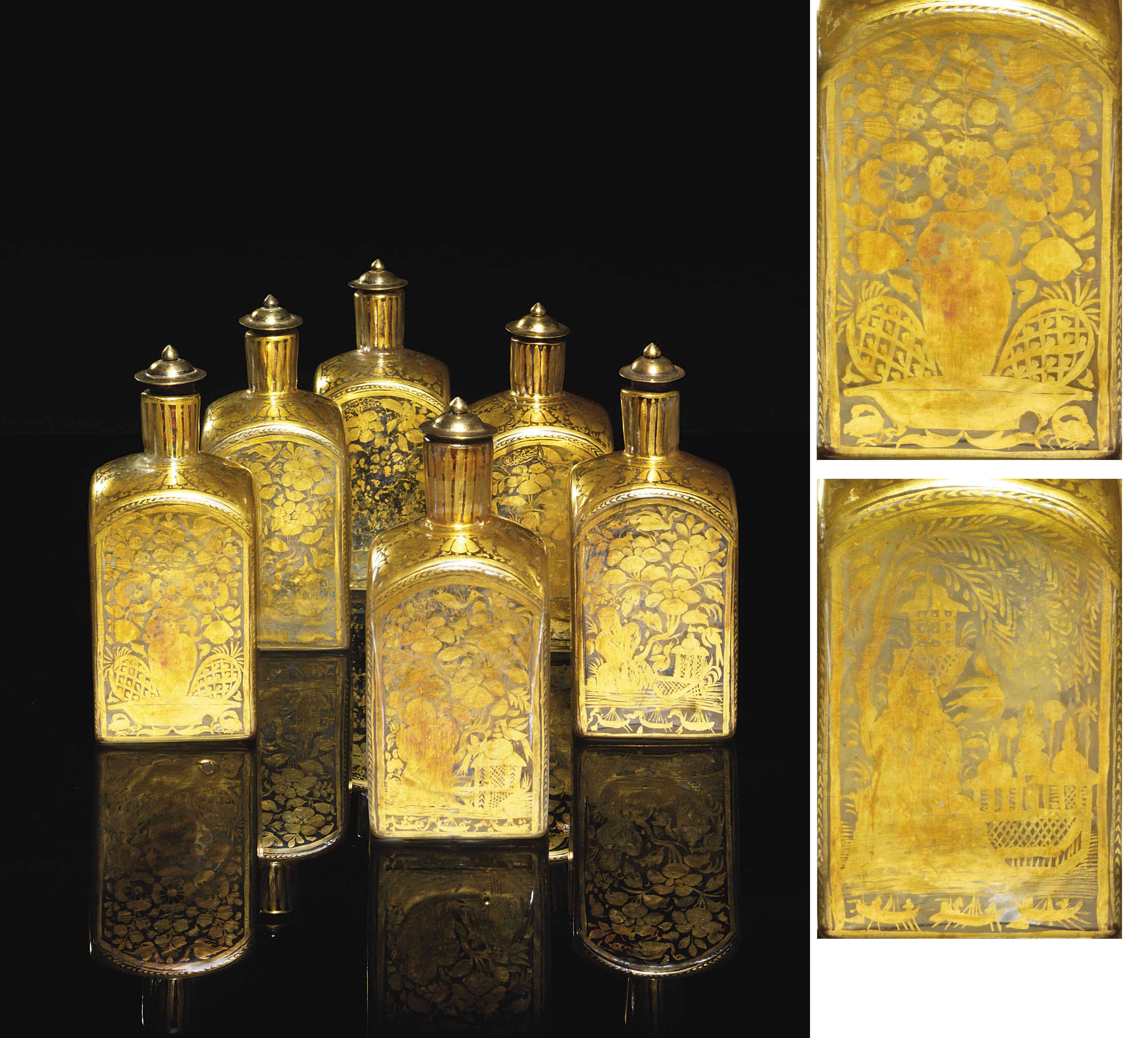 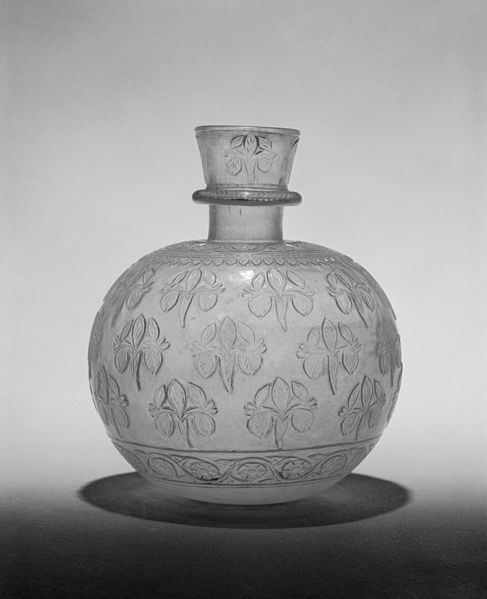