The temples of India have different types of architecture as has been classified in the Nagara and Dravidian temples. Though most ancient, medieval temples and some modern temples leave the visitor awestruck when they visit the temple, the steps which lead to the main deity in the temple are also a matter of great interest. They are strong usually and can bear the weight of the devotees who sometimes come in hundreds.

Dasavatara Temple at Deogarh in one of earliest surviving Nagara style Hindu temple made from stone-masonry. It has a square plan. Like all major pre-12th century Hindu temples has multiple entrance, with stairs shown in the middle of all four sides. The middle square has a shrine with oldest known square lithic shikhara in North India. The foot stairs are mentioned in the floor-plans too.  The sculpture on them is not mentioned though, but can be seen on visiting the site or in images. 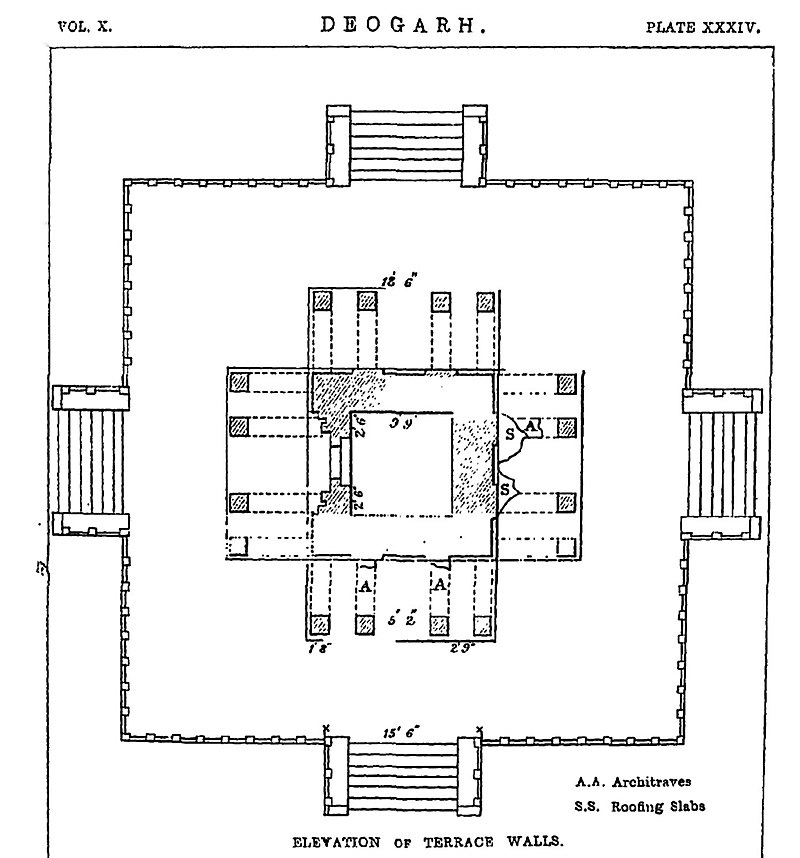 The Airavateswara temple at Darasuram near Kumbakonam in the state of Tamil Nadu is from the 12th century and was built by Rajaraja Chola II. The image sculpted on the side of the udumbara or foot stairs at the temple depicts a bull-elephant in the same image !  Floral decoration and garland motif is also seen carved on the stone, also a dancer and her attendant between two small pillars in a niche.

The Brihadeeshvara temple, also called Rajarajesvaram or Peruvudaiyar Koyil, is a temple dedicated to Lord Shiva located in Thanjavur, Tamil Nadu.  It is one of the largest South Indian temples and an exemplary example of  Dravidian architecture. It is called as Dakshina Meru and was built by Raja Raja Chola I between 1003 and 1010 AD. The grand foot stairs lead to the deity and is ornately built. The trunk of the elephant is part of the stairs as can be seen in the image below. 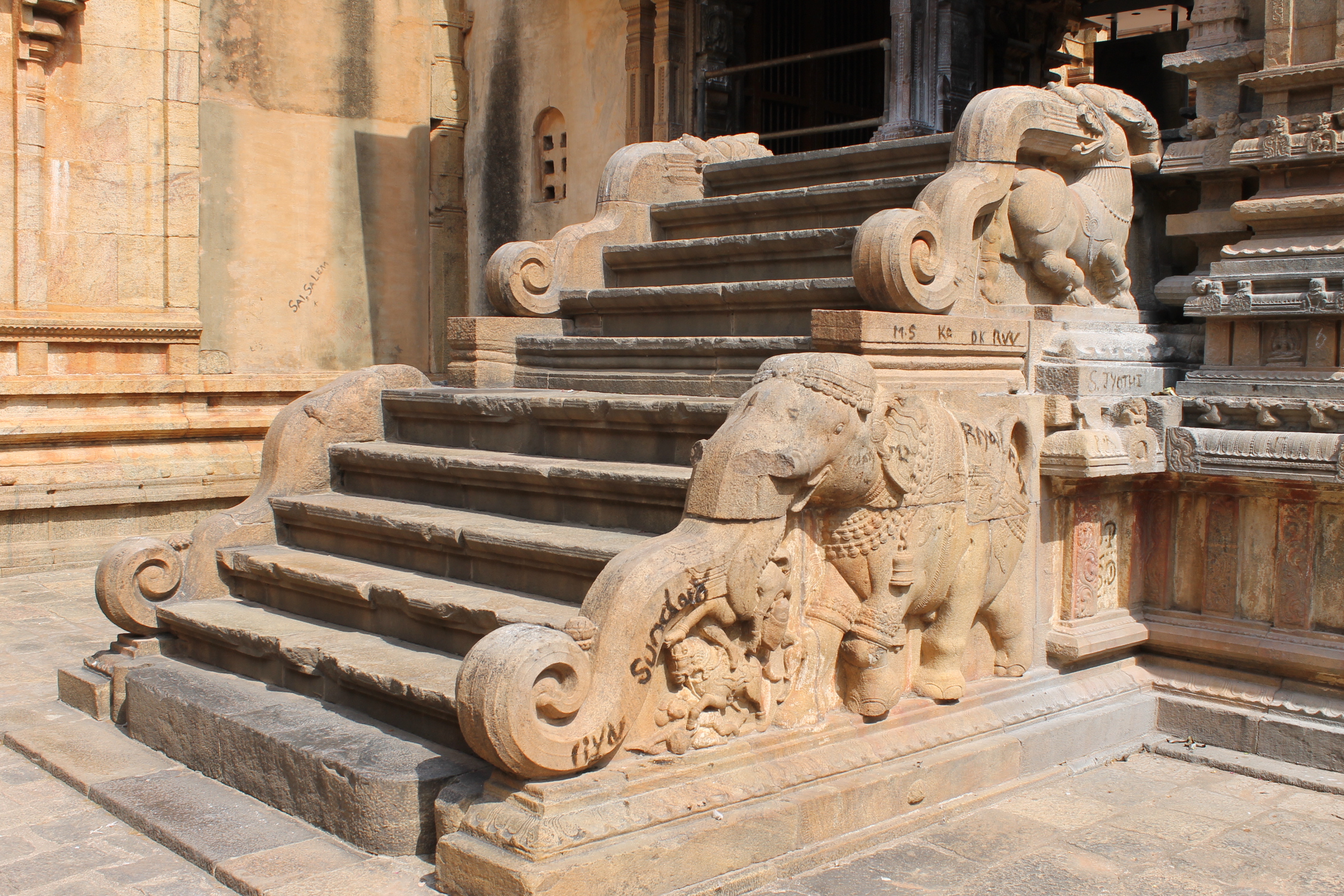 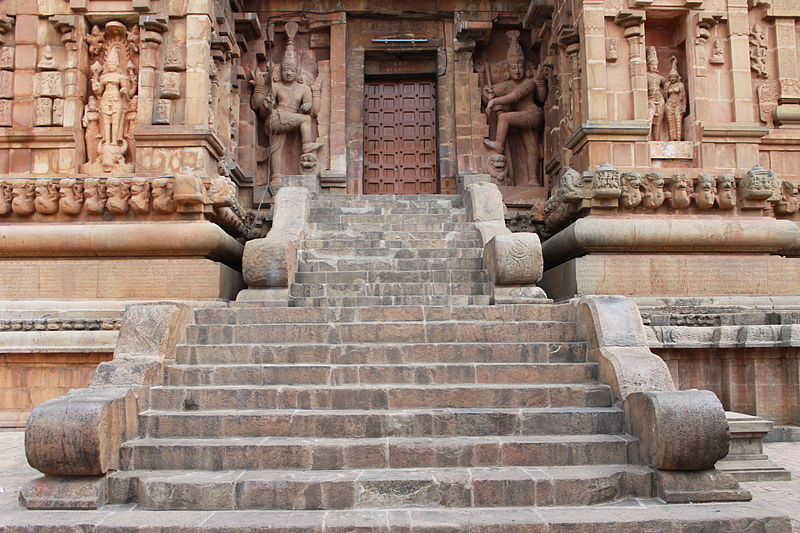 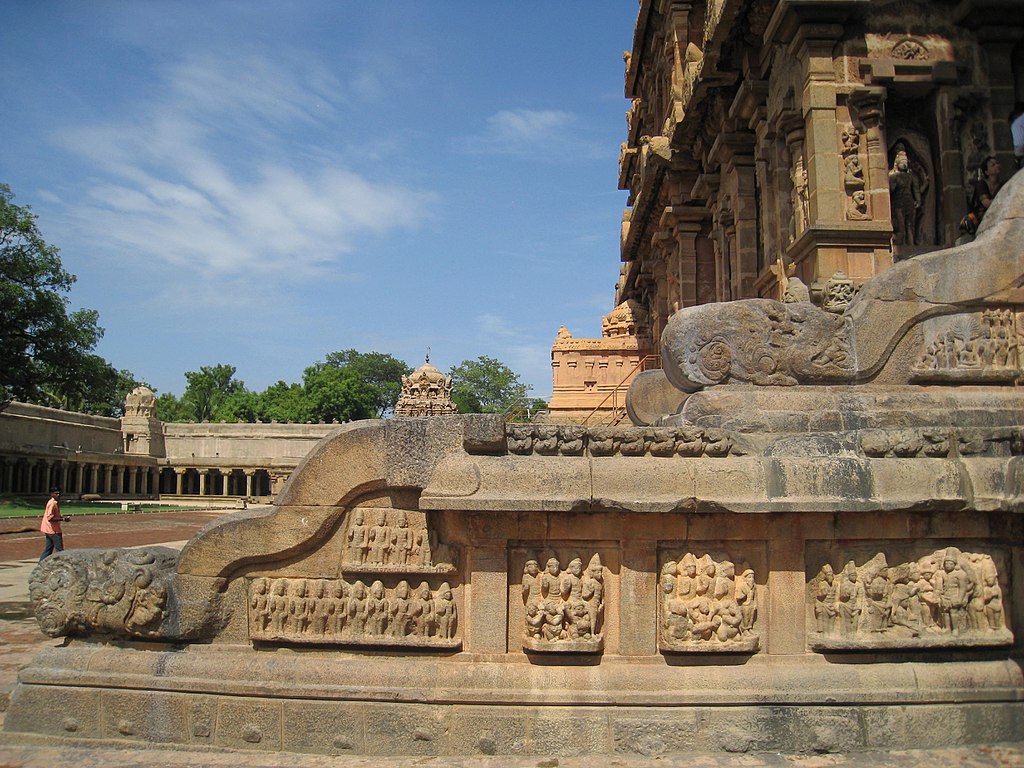 Konark Sun Temple is a 13th-century temple at Konark about 35 kilometres northeast of Puri on the coastline of Odisha, India. The temple is attributed to King Narasingadeva I of the Eastern Ganga dynasty. There are carvings and designs seen in front of the stairs on way to the temple.

Plan, The Sun temple, Konarak, Odisha showing the stairs to the temple.

The Lakshmana Temple is a 10th-century temple built by King Yashovarman of the Chandela dynasty, located in Khajuraho in Madhya Pradesh, India. it is dedicated to Vaikuntha Vishnu; an aspect of Vishnu. The steps to the temple are having structures on it sides, which add grandeur to the overall design.