Rama is the main protagonist in the great Indian epic, Ramayana of Hinduism. Rama is believed to be  the seventh avatar of Vishnu from the Hindu trinity of Brahma, Vishnu and Shiva.The Ramayana is the story of his ideals, his greatness, his life events,  his marriage, his exile, the abduction of his wife Sita and his battle with Ravana.  Scriptures and texts based on the Ramayana exist in many cultures in south Asia.

Rama was the eldest son of King Dasaratha and Kaushalya of  Kosala (area in present day Uttar Pradesh). Rama is considered to be a perfect man and Sita is considered to be an avatar of Goddess Lakshmi  and a great woman. Rama is revered for his exemplary courage and devotion to religious values, dharma.  Lord Rama faces many obstacles and hardships in his life, serves an exile of fourteen arduous years in the forest along with his wife Sita and brother Lakshmana. During this time ,Sita is abducted by Ravana, the king of Lanka. After a long search and with the help of Hanuman, his devotee, she if found there and after a colossal battle with monkey armies where Ravana is killed, he frees Sita. He finally returns to Ayodhya and is crowned to rule with justice and prosperity ; the period is called Rama-rajya.

Lord Rama is known by other names as Raghava, Raghunandan, Siyavaara, Dasarathaputra, Maryada-purushottama among others.

The epic Ramayana is composed by the sage  Valmiki. The Bhagavata purana retells the events up to the defeat of Ravana and Rama’s coronation in Ayodhya. As per the  Vishnu purana, Lord Rama is the seventh  avatar of Vishnu.The stories of Rama are mentioned in the Mahabharata too. In Buddhist texts the Dasaratha Jataka mentions Rama.

Sita,also known as Siya, Vaidehi, Janaki, Maithili or Bhoomija, is the wife of Rama in Ramayana. She is the daughter of King Janaka of Videha and his wife Sunaina. She is revered for her feminine virtues,dedication, self-sacrifice, courage and purity.Sita has been a much revered figure amongst the Hindus. She has been portrayed as an ideal daughter, an ideal wife and an ideal mother in various texts and stories. Sita is often worshipped with Rama as his consort, as Ram-Sita. 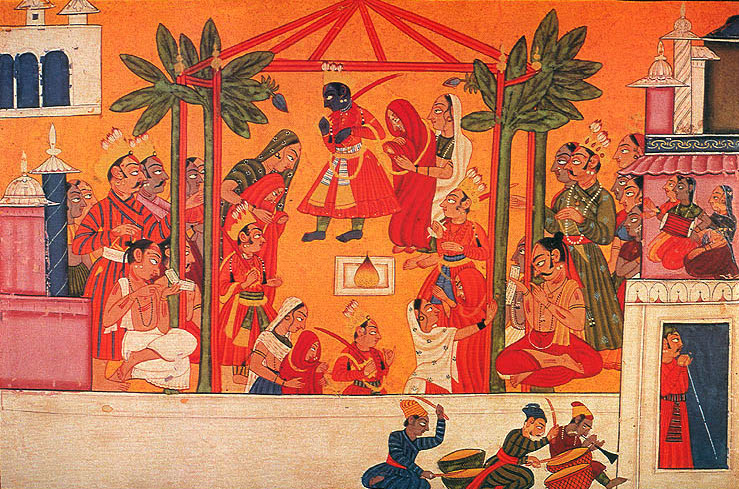 Marriage of Rama and his brothers,Mandi artists,1750. 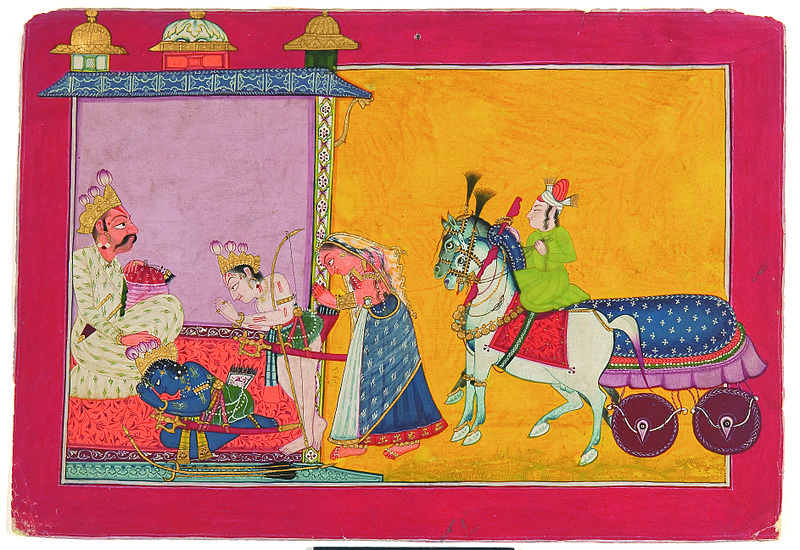 By Asian Art at the San Diego Museum of Art [Public domain], via Wikimedia Commons

Various versions of the Ramayana exist in major Indian languages. In Tamil the epic poem Ramavataram by 12th century poet Kambar, the Ramcharitmanas by Tulsidas in the 16th century in Hindi  have been celebrated. Some contemporary versions too have gained importance like Shri Ramayana darshanam by Kuvempu in Kannada and Ramayana kalpavriksham by Viswanatha Satyanarayana in Telugu.

Ancient sources say that Rama was born in the end of Tretayuga ,880 thousand years ago. However Ramayana in its current form is dated to 7th-4th century B.C. 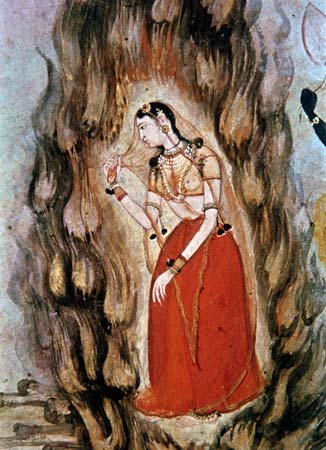 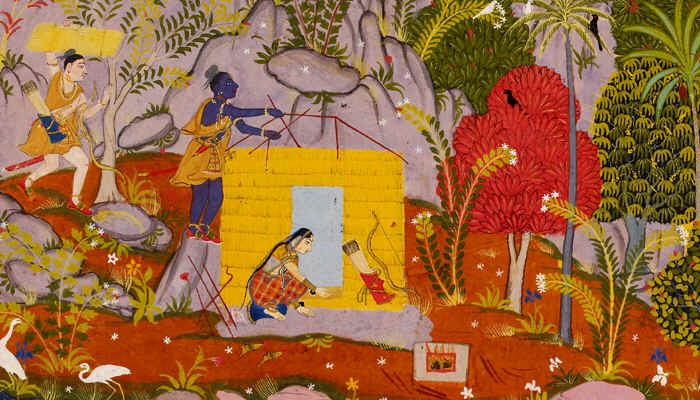 Rama,Lakshmana and Sita setting up their house at Panchavati, illustration,Mewar,17th century.